Can Dog The Bounty Hunter Legally Take Brian Laundrie Into Custody If He Finds Him? 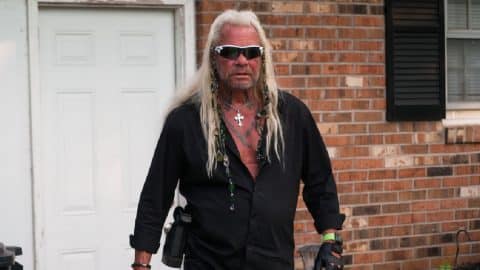 Weeks have passed since Gabby Petito was found murdered in Wyoming and her boyfriend, Brian Laundrie, disappeared. A manhunt has been underway for Laundrie, who is a person of interest in the case, and Duane “Dog” Chapman, known for his A&E television show Dog the Bounty Hunter, is at the helm.

Chapman’s involvement has those following the case wondering exactly what authority the bounty hunter has if he does, in fact, find Laundrie. According to Daily Mail, Chapman isn’t actually licensed as a bounty hunter or private investigator due to his felony record.

In 1976, Chapman was waiting in a getaway car while his friend shot and killed 69-year-old Jerry Oliver during a drug deal gone wrong. Chapman was convicted of first degree murder and sentenced to five years in a Texas prison. Because of his felony record, he can’t legally own firearms or be a licensed law enforcement officer in most states.

But, that doesn’t mean he can’t apprehend a suspect, according to Jennifer Willingham, spokesperson for Duane Chapman. “Any citizen who sees [Laundrie] can detain him and turn him over…There are also licensed people working with Dog and also off-duty police. He’s covered to apprehend multiple ways.” Therefore, if Chapman finds Laundrie, he can detain the man until authorities arrive, per Willingham.

But, Mike Harrison, vice president of the Florida Bail Bondsmen Association, disagrees and said Chapman could end up charged criminally if he were to nab Laundrie.

“That would be kidnapping or false imprisonment,” Harrison told Daily Mail.

Professional Florida bounty hunters told Daily Mail that Chapman’s search is no different from any other private citizen’s search for Laundrie. But, one thing is for certain…Chapman’s involvement in the case has helped keep attention on the search for Brian Laundrie and will hopefully lead to the discovery of his whereabouts and closure for the families involved.