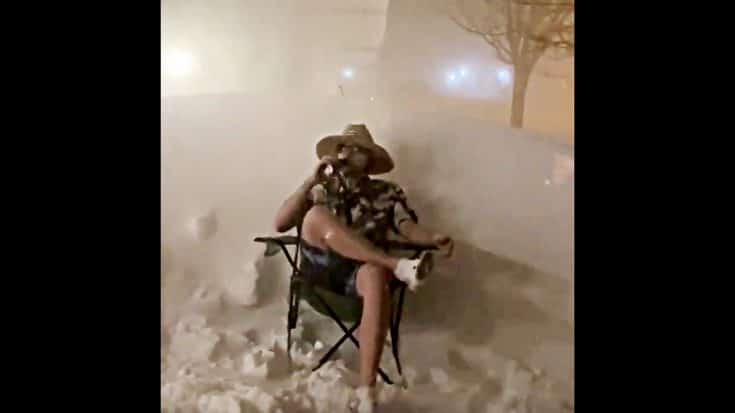 You may think you’re a rock star when it comes to handling the tough winters in your area, but this Canadian guy may have you beat. In January 2020, the mayor of St. John’s, Newfoundland issued a state of emergency due to what residents were calling “snowmageddon.”

As of 11am, the Mayor has declared a state of emergency. All businesses are ordered to close and all vehicles are ordered off the road except emergency vehicles. Please return home until the order is lifted. #nlwx #nltraffic

If anyone can handle snow, it’s Canadians, and this proud Newfoundlander wanted to show off just how relaxed he was by the snowstorm. In tough times, many people crack open a cold one to help take the edge off, but this chill dude gave the term a whole new meaning.

Whether it’s a smart idea or not, nothing says you’ve got things under control than heading outside in shorts and a Hawaiian shirt, relaxing in the front yard, and having a brew. There’s no word on how long this guy managed to stay put in his snowy paradise, but we can guess he didn’t hold up for too much longer after the video ended.

Other residents were proud to show off just how hard they were hit by the snow. Even in Canada, this much snow comes as a shock.

Not laughing anymore. The snow is piled up so hard against my door the doorbell actually just rang. Okay, I'm laughing a little at that. #BuriedIn #CantGetOut #nlblizzard2020 #PanicTime #TimeToStartDrinking pic.twitter.com/TAPJCTuY2Z