Carrie Underwood Apologizes To Husband For Her New Style

By Manly Bryant on November 28, 2018
Advertisement 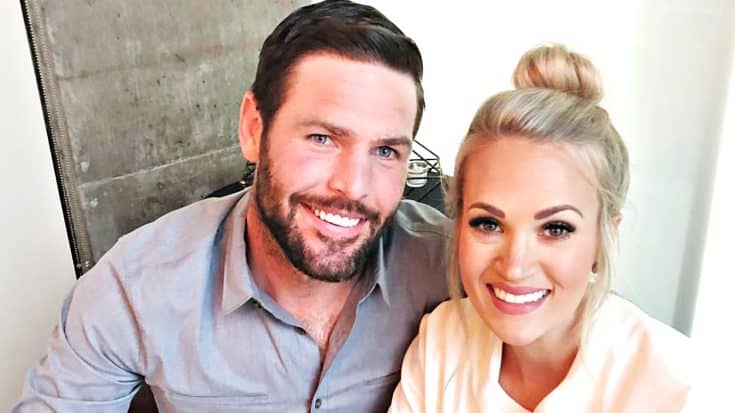 Carrie Underwood is one of country music’s biggest fashion icons. From long gowns and perfectly tailored outfits, she effortlessly makes each piece of clothing uniquely her own. So why on earth is she apologizing to her hubby, Mike Fisher for her new clothes?!

She’s Always Been On Top Of The Game

Even as the girl next door, Carrie has been killing the fashion game since we first saw her on the Season 4 American Idol. Back in 2005 she was rocking the boho-chic look & girls all around the nation quickly followed her example.

Beautiful Gowns – Pregnant or Not

As she grew up, her family grew too! With one son already walking and talking, Carrie has another bun in the oven. But during the 2018 CMA Awards, she didn’t let that stop her. She wore a variety of beautiful gowns and tailored suits that perfectly snugged her growing baby bump!

So when we found out she started wearing her husband’s clothes – we were shocked! Her husband and hockey player, Mike Fisher knows how to dress up but we normally see him in a very casual look. He even started a humor-based clothing line called, “Catchin’ Deers” with his brother and a close friend.

Why She’s Switching It Up

Carrie took to social media to talk about her new style. She even apologized to her hubby for stealing his stuff.

Carrie wrote, “Officially wearing Mike’s clothes in public now, so…” With that she added a few hashtags to explain further saying, “pregnant,” “my clothes don’t fit,” and “sorry babe.”

We’re looking forward to the proof because honestly, Carrie could easily rock any look!

Until then, check out the adorable power couple goofing off together in the video below!