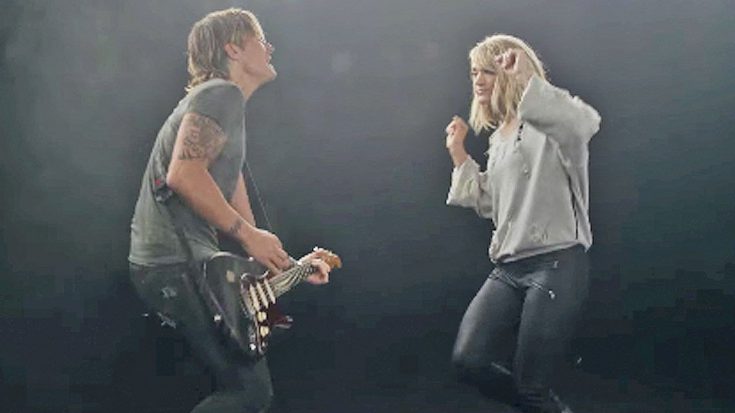 In February 2017, Keith Urban took to social media with Carrie Underwood to announce that they have officially released their duet “The Fighter “as a single.

“Here we are from the set, it looks a bit like a boxing ring, although Carrie and I get along pretty well,” he said in the video. Seeing as the title of the song is “The Fighter,” it makes a lot of sense that the video is set in a boxing ring type of setting.

Keith and Carrie Underwood have an announcement for you…

The video goes back and forth between footage of Urban and Underwood performing the call-and-answer styled song together in the boxing ring filled with lights, and a young, beanie-clad woman dancing in the street.

She’s not the only person dancing in this video, though! Miss Underwood, who dons a super cute torn sweater, shows off some of her spontaneous dance skills, making us green with envy that she is dancing alongside the hunky Keith Urban!

Watch their music video for “The Fighter” below.