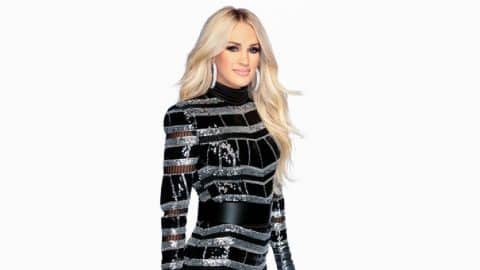 For the first time, the 2021 Sunday Night Football show open features a virtual football tailgate and cameos from some of NFL’s biggest stars as a backdrop for Underwood’s performance of “Waiting All Day For Sunday Night.”

“Shooting the new show open for Sunday Night Football is one of the highlights of my year,” said Underwood, who is performing the theme for the ninth consecutive year. “I just love the fact that we get to reinvent it every year.  The team behind these shoots is incredible and it’s always a really fun day, especially this year getting to work with such amazing state-of-the-art technology.”

Carrie Underwood took over in 2013 with “Waiting All Day for Sunday Night,” a version that ran until 2015.

In 2016, Underwood changed the theme song to “Oh, Sunday Night,” and two years later changed the song once again to “Game On.”