By Miranda Raye on August 8, 2022
Advertisement 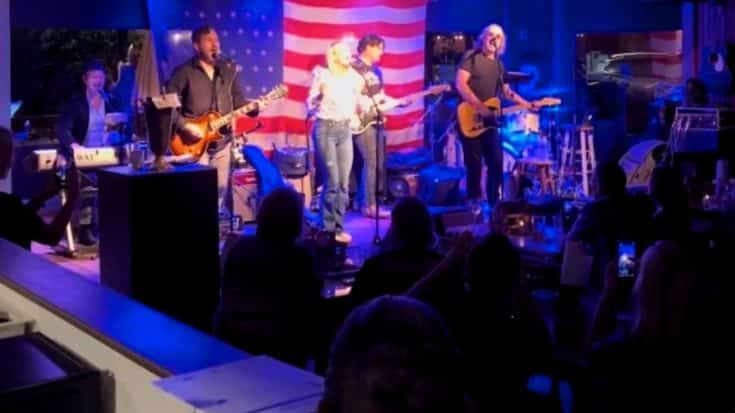 Carrie Underwood, her friends, and their significant others enjoyed a night out together on Saturday (August 6). Underwood posted a photo from their outing, and shared how much fun she had with her pals.

“Girls’ night! OK, so, the guys were there, too, but we were doing our best to pretend they weren’t!” she said. “I am so lucky to be surrounded by so many amazing ladies!”

Underwood and her friends hung out at Fox & Locke, which is a music venue and restaurant in Leipers Fork, Tennessee. The Heartshakers, a well-known Tom Petty tribute band, were performing that night.

At one point, Underwood hopped onstage to join The Heartshakers for an impromptu performance. They sang “Stop Draggin’ My Heart Around,” which was a 1981 duet between Petty and Stevie Nicks.

Fox & Locke shared a video of Underwood singing “Stop Draggin’ My Heart Around” with The Heartshakers. The venue said:

“Last night the one and only @carrieunderwood was here and jumped on stage with @theheartshakers to rock the house with a classic!! Like we always say – you never know who will show up here. Thanks for coming by, Carrie. What an incredible Saturday night!“

The Heartshakers later shared the same video, which you can watch below. We can only imagine how cool this must have been to see in person!