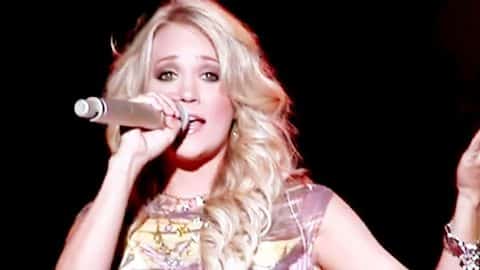 It has always been said that country music reflects real-life stories and feelings, and that is certainly true. One of the feelings that prevails most in country songs is that of heartbreak, which is often caused by an unfaithful partner.

Two of the most famous country songs about cheating were recorded decades apart from each other.

But back in 2006, the artist who sang one of those songs brought them both together for a powerhouse mashup.

The Most Famous Cheatin’ Song In The World

Perhaps the most famous country cheating song of all time, “Jolene” was released by Dolly Parton in October 1973.

Written by Parton, the song tells the story of a red-haired woman named Jolene who is on a mission to steal the narrator’s man.

“Jolene” placed a spell on all who listened, and it claimed the top spot on the country charts in the U.S. and Canada. Its popularity led other artists to record their own renditions, and now dozens of “Jolenes” exist.

As Parton told NPR in 2008, “Jolene” is the most-recorded song of hers. If you counted all of the live covers performed of “Jolene,” the number of renditions would be in the hundreds.

The Cheatin’ Song Gets A Modern Upgrade

In 2006, just a year after her big win on American Idol, Carrie Underwood added her name to that list when she combined “Jolene” with her own song about cheating.

At the time that Underwood entertained fans with “Jolene” at her August 18, 2006 concert in Sedalia, Missouri, her song “Before He Cheats” wasn’t even a single. It was officially released the following day, and took country music by storm.

In addition to topping the Hot Country Songs Chart, “Before He Cheats” claimed the eighth spot on the Billboard Hot 100.

“Jolene” gave Underwood the chance to show the beauty of her voice, while “Before He Cheats” allowed her to express a bit of her sassy side. In all, the performance was one explosive showcase of Underwood’s undeniable talent.

Tune in below to watch Underwood’s fiery performance of “Jolene” and “Before He Cheats.” It’s one of the best mashups you’ll ever witness!