By Manly Bryant on August 8, 2018
Advertisement 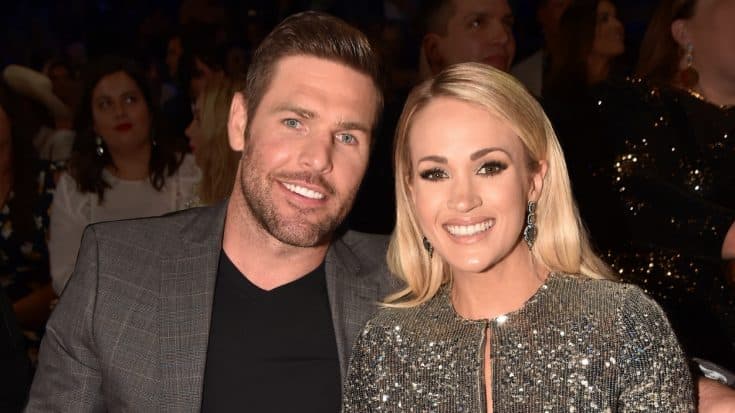 It looks like Isaiah will have a little sibling in just a few months’ time!

Taking to social media just a few days after she opened up about the very real possibility that she may have missed the window to have a “big family,” Carrie Underwood is sharing some incredible news with fans!

Here’s to 8 years, babe! Where does the time go?! I love you today more than yesterday…which was more than the day before…and so on and so forth. Here’s to many more years together! ❤️ you!

“Ooh baby do we have a bundle of info to share with you!” she wrote in the caption alongside a video announcement.

Firstly, Underwood shared all the dates to her highly-anticipated Cry Pretty Tour 360 that will support her brand-new album, Cry Pretty. The album goes on sale starting September 14th, 2018 and she’ll be bringing female powerhouses Maddie & Tae and Runaway June along with her!

The show is a killer new format that puts fans 360 degrees around the stage and gives them an incredible look and view for the show.

While the album drops this year, her tour won’t begin until nearly a full year later.

And that leads us to the other news she shared today…

Her funny pun intro to her announcements today gave fans a big hint, but in the video announcement, Underwood reveals the news many have been waiting for – and something she is unbelievably excited about!

“You might be wondering ‘Carrie, why is your tour starting in May?'” she said with a coy smile.

“Wellllll….YAY!”  she squealed as the camera panned back and showed big balloon letters that spelled ‘BABY’. “Mike and Isaiah and I are absolutely over the moon and excited to be adding another little fish to our pond! This has just been a dream come true with the album and baby news and all that stuff!”

“We are just so excited and so glad that you guys can share in this with us and be a part of this with us. Love you guys, we will see you guys on the road in 2019!”

We are so excited for Carrie, Mike, and Isaiah! What an announcement! Check out her full video below!