By Jennifer Pernicano on August 14, 2018
Advertisement 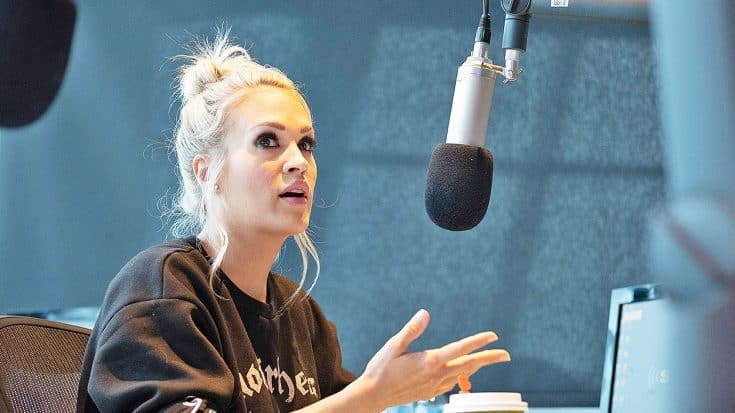 Fans freaked out when country superstar Carrie Underwood announced that she and her former NHL star husband Mike Fisher were expecting their second child. The award-winning country singer took to social media to make an announcement about her upcoming Cry Pretty Tour 360, but also had some more exciting news to share.

“Ooh baby do we have a bundle of info to share with you!” she captioned the video announcement.

Underwood revealed that along with her album Cry Pretty, she will also be going on a nation-wide tour beginning in May 2019.

“You might be wondering ‘Carrie, why is your tour starting in May?” she said in the video.

The camera panned out to reveal balloons that spelled out “BABY”!

“Wellllll….YAY! Mike and Isaiah and I are absolutely over the moon and excited to be adding another little fish to our pond! This has just been a dream come true with the album and baby news and all that stuff,” she said excitedly.

Her son, Jacob Bryan Fisher, was born on January 21 and Underwood shared the sweetest photos of their new addition.

Underwood’s tour begins May 1 in North Carolina, which means she will be bringing her new baby on tour with her. This isn’t out of the ordinary for the “Cry Pretty” singer, seeing as she brought her son Isaiah on her Storyteller Tour with her.

Even though she is a seasoned veteran at bringing a little one on tour, Isaiah was already 11 months old when the Storyteller Tour kicked off. For the Cry Pretty Tour 360, she will have a three-year-old and an infant.

“It’s going to be a different ball game, for sure. My brain, I’m such a planner. I want to know how it’s all going to go. But no matter who you are, you make it happen, you make it work, you get your team behind you,” she revealed to the The Tennessean.

Not only will she have the help of Fisher and her team on the road, she will also have big brother Isaiah to give her a hand. She admitted to The Tennessean that she thinks “he’ll be helpful.”

Watch her perform her latest single “Cry Pretty” in the video below.