By Jennifer Pernicano on December 3, 2020
Advertisement 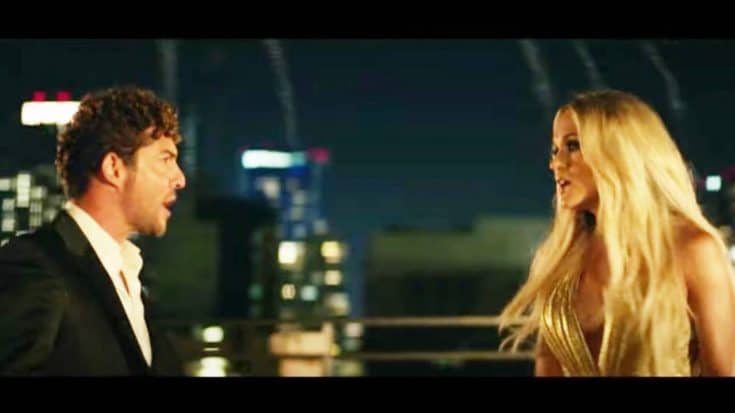 Just when you thought Carrie Underwood couldn’t get any more impressive, she goes and releases a song in Spanish.

On Dec. 3, Spanish singer David Bisbal dropped a music video titled “Tears Of Gold” and it featured one of country music’s top-selling female singers. That singer is Carrie Underwood.

The new song came as a surprise to country fans since the “Cry Pretty” singer didn’t promote the song on any of her social media pages. Bisbal, however, did do a significant amount of promotion once the song dropped.

While “Tears of Gold” begins in English, the middle of the song in completely in Spanish. Yep, Carrie Underwood – who is from Oklahoma – sings in perfect Spanish! The song is a far cry from her country roots, but it’s a fun song and the music video is stunning.

She wears a short black number for most of the video, but she changes into a gorgeous gold dress with a plunging neckline in the middle. Underwood has been rocking curly hair as of late, but in this video, her hair is straight and she looks beautiful!

Watch the music video below.