Carrie Underwood’s Rep Responds To Claims She Got New Tattoo

By Jennifer Pernicano on June 4, 2019
Advertisement 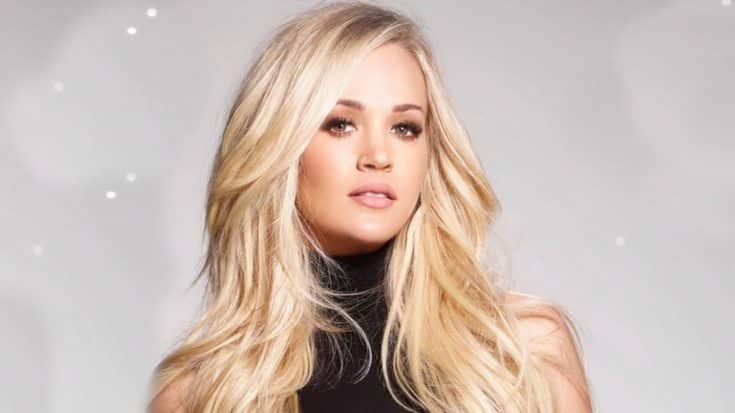 On June 1, celebrity tattoo artist Jonathan “JonBoy” Valena – who boasts over 650k followers – posted a photo of a new tattoo he gave on a woman’s finger. It says, “faith.”

Because he tagged Carrie Underwood, many different news sites were reporting that it was her in the photo sporting the fresh ink.

Valena’s tattoo shop is in the Moxy Hotel Times Square, so we aren’t sure when Underwood would have possibly had the time to get this done, but he tagged the “Southbound” singer, as well as George Michael, so everyone assumed it was her.

“Faith” is the title of the 1987 George Michael song that helped launch his solo career after his band Wham! split up the previous year. Underwood is known to be a huge George Michael fan, even sharing a long Instagram post about her love for him when he passed away.

Around the time of JonBoy’s Instagram post, Underwood was nowhere near New York, as she was on the Canadian leg of her Cry Pretty Tour 360. Check out her schedule below.

Before that, she was on the west coast of the US.

Many different news articles claimed the tattoo belonged to her. So many, that Underwood’s PR team had to make a statement.

According to PopSugar, “A representative from Carrie Underwood’s PR team clarified that she did not get the word “faith” tattooed on her finger, and the person tagged in the tattoo artist’s photo is not her.“

The tattoo artists has since untagged Underwood, leaving only George Michael’s official page tagged in the photo.

Maybe he tagged Underwood because part of his caption is, “Tag someone who’s faith you admire cuz you gotta have faith faith faith,” and he admires her openness about her faith.

Whatever the reason, Underwood remains the wearer of just two tattoos, a four leaf clover and a black cat, both of which she doesn’t seem to love.

Ahhh, #StPatricksDay – The only day of the year my four leaf clover tattoo makes any sense! There's a lesson here, kids: #ThinkBeforeYouInk