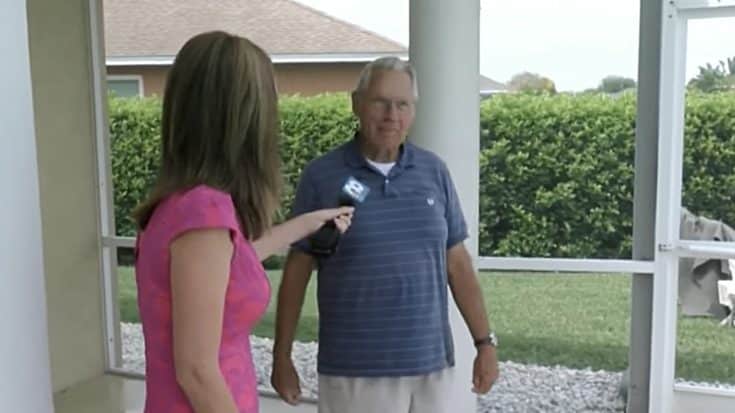 One of the wildest things happened one evening to a man named Leonard Vanderpool, who lives in Polk County, Florida. 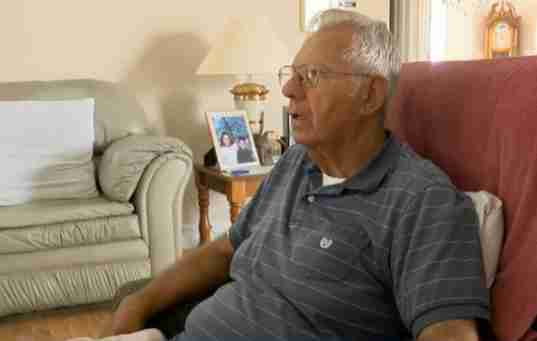 Investigate What Was Going On

According to WFLA News Channel 8, Leonard was sitting in his living room watching TV with his wife when he heard a big crash in his backyard. Getting up to investigate what was going on back there, he saw something was splashing around in his pool.

It was a fish! And not a little fish either, it was a fairly big one that was still alive swimming around. The question is, how did it get into his pool? His pool was completely covered with a screened-in-canopy. When he looked up to check the canopy he noticed one of the screens had been busted out.

Vanderpool was shocked: “Who would expect a fish?” he told WFLA News Channel 8. “I would expect maybe anything but a fish.”

How Did A Fish Get Into His Pool?

This was super bizarre because how could a fish crash through this screen? Not really sure what to do about the situation, Leonard called the police. When the police arrived they grabbed Leonard’s pool net and managed to get it out of the pool and into a bucket.

At this point, they noticed the fish had claw marks on its back and everything started to make sense. It appears the fish was captured by a bird who was carrying it in the sky and it slipped out of the bird’s talons. Luckily for the fish, it landed on the screen which broke its fall and then broke through that into the water. They took the fish to a nearby lake and released it. Leonard went on to do an interview for WFLA and the story went viral.

Watch the full interview below of this fish falling from the sky.