Chip Gaines Admits He Was A “Player” Before Meeting Wife Joanna

By Jennifer Pernicano on March 31, 2021
Advertisement 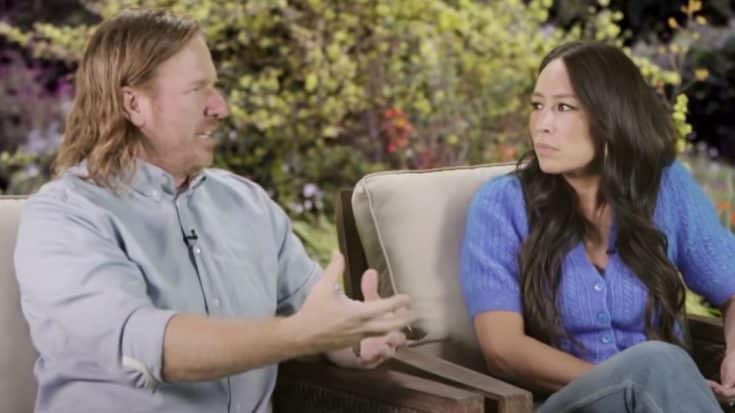 Chip and Joanna Gaines catapulted to stardom when their HGTV show Fixer Upper premiered in 2013. They helped people in their hometown of Waco, Texas find a not-so-perfect house and then completely renovated it to be their dream home

When their show premiered, they had been married since 2003 and had four children – Drake, Ella Rose, Duke, and Emmie Kay. Their fifth child, Crew, was born in 2018.

But before they were *couple goals*, Chip and Joanna were polar opposites (they still are) living in Texas.

In a new interview with Oprah for her Super Soul series, they revealed that their differences almost kept them from even going on their first date.

“I was quite the catch, I was really a bit of a player,” Chip said. “Jo was a little bit like the librarian-type. You’d pull the pencil out behind her bun and then realize what was behind the scenes was this beautiful, spectacular woman.”

Joanna chimed in, saying he was an hour late to their first date!

She said, “If he would have been a minute later… I told my roommates, ‘I’m not answering that door. If he doesn’t come in the next five minutes, ‘we’re not answering.’ So he only had about five minutes left or it would’ve been over.”

We’re glad he showed up when he did or there would be no Fixer Upper! Watch a clip of their interview below.