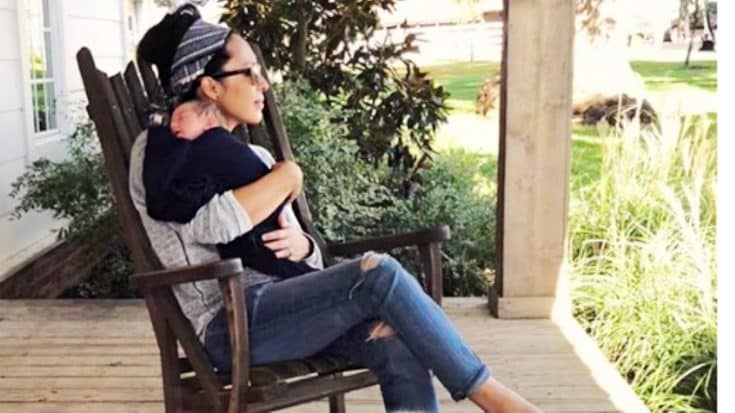 On June 23, HGTV stars Chip and Joanna Gaines welcomed a new addition into their family. That day, Joanna gave birth to the couple’s fifth child, a son they named Crew.

Chip was the one to announce the news of Crew’s birth, taking to Twitter to reveal that his son had arrived. “And then there were 5..” he wrote.

And then there were 5.. The Gaines crew is now 1 stronger! 10 beautiful toes and 10 beautiful fingers all accounted for, and big momma is doing great! #blessedBeyondBelief

But Chip wasn’t the first to share a photo of Crew, and he also didn’t announce his name. Those honors fell on Joanna, who posted a set of photos on Instagram to introduce Crew to the world.

Our baby boy, Crew Gaines, is here and we couldn’t be more in love. He made an unexpected (and speedy) entrance into the world two and a half weeks early – which is fitting given he was a sweet surprise from day one. Thank you for all your thoughts and prayers. We are so grateful.

Since then, the Crew photo sharing duties have been solely filled by Joanna. Her Instagram is now full of cute snapshots of Crew, and her fans have loved each one.

Most recently, Joanna shared a photo of herself cuddling Crew in a rocking chair on the porch while her dog, Cookie, rested next to them.

All this time, Chip had refrained from posting photos of baby Crew, though he often talks about him on Twitter. Finally, Chip shared his first-ever snapshot of Crew, and it’s as precious as can be.

The simple photo shows Crew snuggled in his father’s arms while he sleeps. Chip kept the caption as simplistic as the photo itself, writing, “My heart is full..”

My heart is full..

He looks so much like Chip in that photo, doesn’t he? Little Crew is his father’s spitting image!

It’s hard to believe it, but Crew is almost a month old already. We hope Chip and Joanna continue to share more photos of him as he grows.

Before long, Crew will be running around and playing with his four older siblings. Learn more about Duke, Drake, Ella Rose, and Emmie Kay by watching the clip about the Gaines family below.