Chip & Joanna Gaines Accused Of Choosing Fame Over Family – What Does Chip Have To Say?

By Jennifer Pernicano on April 30, 2018
Advertisement 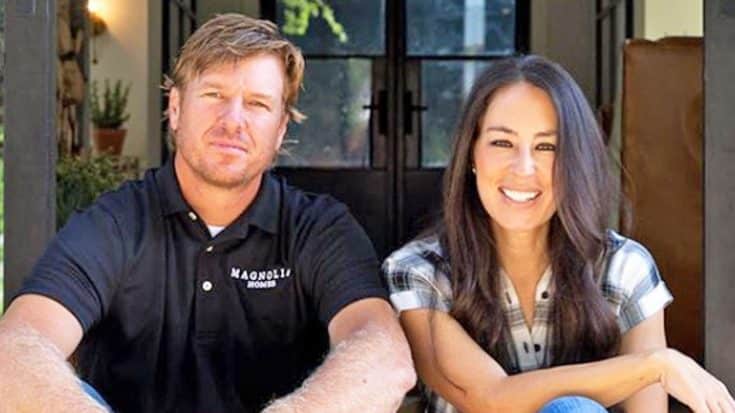 One of HGTV’s most-watched shows has got to be Fixer Upper. Even after the series finale aired this month, we’re sure all the re-runs still pull in a lot of viewers. One of the reasons the show has done so well is because of husband and wife team Chip and Joanna Gaines. Joanna does the interior decorating and designing, while Chip handles all the handy work.

We can’t believe tonight’s the series finale of #FixerUpper. What a ride it’s been! I'll be sharing some blasts from the past today leading up to the final episode at 9/8c on HGTV. We’re excited for what’s to come – check out Jo’s blog for an update from us. (Link in profile)

After five seasons, the Gaines couple decided to end the show for a multitude of reasons. You see, Fixer Upper was not their only job. Since the success of the show, they started a real estate company, an interior design company, have written best-selling books, and launched several different lines of wallpaper, furniture, paint, pillows, rugs, as well as an exclusive line of products for Target.

Today’s the day! Hearth & Hand with Magnolia is now available at Target stores and on their website! We’ve had so much fun designing this line and can’t wait for you to see it. #HearthAndHand @target

They recently opened a restaurant, Magnolia Table, which resides just a few minutes away from their ever-popular Magnolia Market at the Silos. The Silos is a shopping center in their hometown of Waco, Texas that features many different stores, food trucks, and a bakery.

My favorite time of year is here! I can’t believe our THIRD annual Silobration is happening this weekend…come hang out at the Silos and shop the vendor fair (Thur-Sat 9-6pm) and check out all the amazing makers, vendors and artisans from all over the country. Bring the kids. Eat good food. Silobrate with us all weekend long. Let the celebration begin!! #silobration @magnolia

Because of all these different projects, a writer for a site called All the Moms, has accused the parents of four of not putting their kids first, essentially saying that Chip and Joanna have chosen fame over their children. The opinion column is titled “Sorry but someone has to say it: Chip and Joanna Gaines do NOT put family first.”

The writer, Daryl Austin, says, “No matter how rich and famous, we are all limited by the same 24 hours in a day. You cannot do all they’ve done (or even a fraction of it) and still have any real time left over for family. Frankly, I wonder where they even find the time to brush their teeth, let alone spend quality, one-on-one time with each child daily.“

He adds, “What’s most unfortunate to me is they say they are aware they need to spend more time with their children, but their actions continually contradict that.”

Austin says that these “actions” are adding on more responsibilities and business to the table when they are expecting a fifth child.

Everyone tune in now for tonight’s #FixerUpper! We’ve got some BIG news to share.. hint #1 @joannagaines

He ends the article by writing, “They’re kidding themselves if they think they can achieve that kind of success and still give their children the time and attention they deserve.”

One point he makes is that every parent knows that they have to maintain a “dependable source of income, but most of us are content with that and don’t take on unnecessary additional commitments.”

Chip caught wind of this article and had the perfect response. He tweeted, “I don’t know daryl [sic], & he clearly doesnt know me. But for the record: If there is ever a need w/ my family (1st), I’ll shut this circus down so fast it will make your head spin. BUT jo & I believe, w/ God anything is possible. Including having an amazing family AND career you love.”

I dont know daryl, & he clearly doesnt know me. But for the record: If there is ever a need w/ my family (1st), I'll shut this circus down so fast it will make your head spin. BUT jo & I believe, w/ God anything is possible. Including having an amazing family AND career you love. https://t.co/3DbWIIKMnh

If you watch Fixer Upper, in just about every episode, the four Gaines kids make small cameos, usually visiting their mom and bringing dinner on a night where she has to stay late to decorate the house for their clients. In other episodes, you can tell that they make sure they have quality time with their kids, despite their busy schedules.

What do you think about these accusations as well as Chip’s response? Take a look at a sweet video of Joanna and their daughter Emmie having a dance party set to La La Land‘s soundtrack below.