By Tiffany Smithson Aaron on May 20, 2018
Advertisement 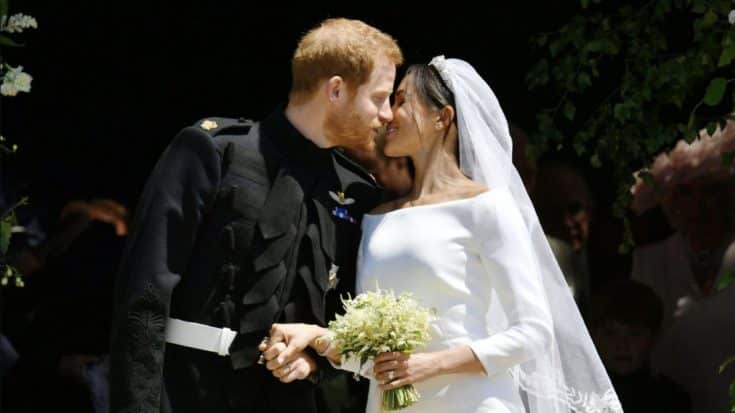 One of the most exciting events in recent history took place Saturday (May 19) in Windsor, England, as Prince Harry wed American actress Meghan Markle. The Royal Wedding drew more than 100,000 guests to the tiny town and a record shattering number of viewers from around the globe tuned in to watch the historic event.

While the 2-hour long wedding provided numerous moments that will be remembered for years to come, one of the most talked about was when the bride and groom were serenaded with a soulful rendition of the Ben E. King classing “Stand By Me.” Karen Gibson and the Kingdom Choir traveled to Windsor Castle from New Jersey where they performed the gig of a lifetime as millions of people watched.

The song was first recorded by Ben E. King in 1961 and found success a second time 25-years later when it became the theme of a movie by the same name. It has since been recorded by numerous artists, notably country singer Mickey Gilley who sang it for the movie Urban Cowboy starring John Travolta in 1980.

“Stand By Me” was declared the fourth-most-performed song of the 20th century by BMI in 1999, and was selected as one of 25 “culturally, historically or aesthetically significant” recordings worthy of preservation by the National Recording Registry of the Library of Congress in March 2015.

In 2015, the same year that he died, King said, “It’s a love song, it’s a friendship song, it’s a song where you promise anybody in need to do anything you can to help.”

“If the sky that we look upon
Should tumble and fall
Or the mountains should crumble to the sea
I won’t cry, I won’t cry
No I won’t shed a tear
Just as long as you stand, stand by me”

With lyrics like these, it’s no wonder that “Stand By Me” is a wedding favorite and it was a perfectly fitting arrangement to include in the wedding of Prince Harry and Meghan Markle. Watch Karen Gibson and the Kingdom Choir perform the song during the Royal Wedding in the video below.