By Jennifer Pernicano on November 15, 2021
Advertisement 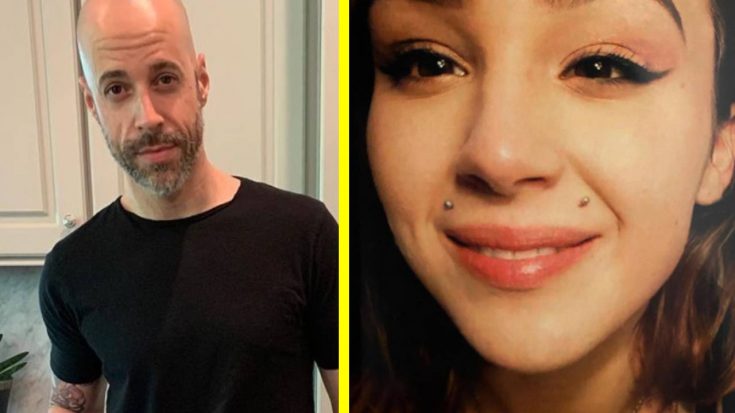 On Friday, November 12, it was reported by multiple outlets that American Idol alum Chris Daughtry’s 25-year-old daughter, Hannah, was found dead in her Nashville home. At the time, no other details were given.

Hannah was one of two children born to Chris Daughtry’s wife, Deanna, during a previous relationship. In 2016, Daughtry celebrated Hannah’s 16th birthday, and revealed he came into Hannah’s life when she was only four years old.

On Saturday (Nov 13), following the news of Hannah’s death, Daughtry canceled many of his upcoming concerts and took to social media to express his heartache and grief and thank fans for their condolences.

“I am still processing the last 24 hours. I am absolutely devastated and heartbroken,” he wrote. “I just recently lost my mother to cancer but I was blessed with the chance to say goodbye and I was processing it privately. We never got to say goodbye to our precious Hannah and it’s another huge hit to our family.”

Hannah’s mother, Deanna, also took to social media to honor her daughter and shared that they are awaiting autopsy results to determine Hannah’s cause of death.

“My first born. I love you endlessly Hannah,” Deanna wrote. “Our family would like to thank you all for the outpouring of love as we grieve the loss of our daughter Hannah. We are awaiting the autopsy results to determine how Hannah sustained the injuries that caused her death. Our hearts are broken.”

Deanna’s post, and her mention of Hannah’s injuries led fans to believe that foul play was involved. In a new update, the family was informed by detectives that Hannah’s death was a homicide and an investigation is underway.

However, the Tennessee District Attorney has come out and said, “This is a death investigation and any attempt to classify it as a homicide investigation at this time is premature and irresponsible.”

The same day Hannah was found dead in her home, her boyfriend, Bobby Jolly was reportedly arrested and booked into Fentress County Jail. Police will not say why they arrested him or if it has anything to do with Hannah’s death.

This is not Bobby’s first run-in with the law this year. According to WATE News, he and Hannah were both arrested in April 2021 for aggravated assault. Police say they were involved in a hit-and-run accident and “allegedly shot at another vehicle in an apparent road rage incident.”

When they were pulled over, they admitted to trying to intimidate another driver by flashing the gun, but they both deny ever firing the weapon. A .22 caliber rifle was found in their vehicle.

No matter their history, no one asks for this and we hope the Daughtry family is given some answers. We will continue praying for them during this difficult time. She leaves behind two young children, a son named Liam Christopher and a daughter named Lily Marie.