By Miranda Raye on August 27, 2018
Advertisement 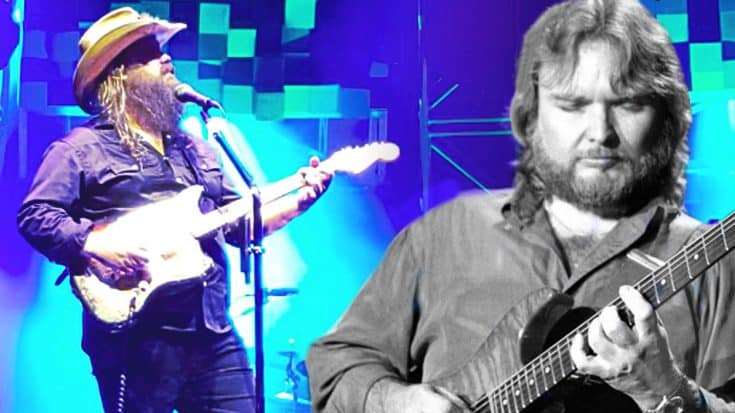 While Lynyrd Skynyrd has always been known as a Southern rock band, their sphere of influence extends far beyond that genre. In fact, Skynyrd has always shared close ties with country music, with many artists of past and present citing the band as a major influence.

So it was an overwhelmingly sad day in the music world when news broke that former Skynyrd guitarist Ed King had passed away on Wednesday (August 22). His family shared the sad news on King’s Facebook page, writing he “died at his home in Nashville, Tennessee.”

It is with great sorrow we announce the passing of Ed King who died at his home in Nashville, Tennessee on August 22nd,…

Following the news, artists from all genres flooded social media with tributes to King. The most emotional of statements came from current Skynyrd member and King’s former bandmate, Gary Rossington. “I’ve just found out about Ed’s passing and I’m shocked and saddened,” read the start of Rossington’s message.

I’ve just found out about Ed’s passing and I’m shocked and saddened. Ed was our brother, and a great songwriter and…

Country artists also took to social media to express their grief, with everyone from Charlie Daniels to Kid Rock speaking up about King’s life and legacy.

Another country artist who was moved by the news of King’s death was Chris Stapleton. For ages, Stapleton has acknowledged Skynyrd in his live shows by performing a mashup of his song “Devil Named Music” following a piece of Skynyrd’s iconic “Free Bird.” So it’s always been obvious that he’s a fan of the Southern rockers.

He made his appreciation for the band all the more clear on New Year’s Eve in 2015, when he performed “Simple Man” alongside rock band Kings of Leon. The performance generated a great deal of hype, and it’s easy to see why.

Fast forward to more recent times, after Stapleton learned that King had passed away. He decided to honor him in the best way he knew how, by performing “Simple Man” to close out his show.

While King was perhaps known for writing the famous guitar riff in “Sweet Home Alabama,” Stapleton seemed to think that “Simple Man” was a more song to play. It only makes sense, because “Simple Man” is often played as a tribute song, especially to Skynyrd’s late band members.

Stapleton’s performance can best be described as bone-chilling, as he dumped every ounce of emotion in his body into each note he sang. You can feel his passion for the music just by watching the video of his performance below.

It will be next to impossible for anyone to get through this tribute without tearing up a bit. It’s just that raw and real.

May King rest in peace. His contributions to Skynyrd and the music industry as a whole will never be forgotten.