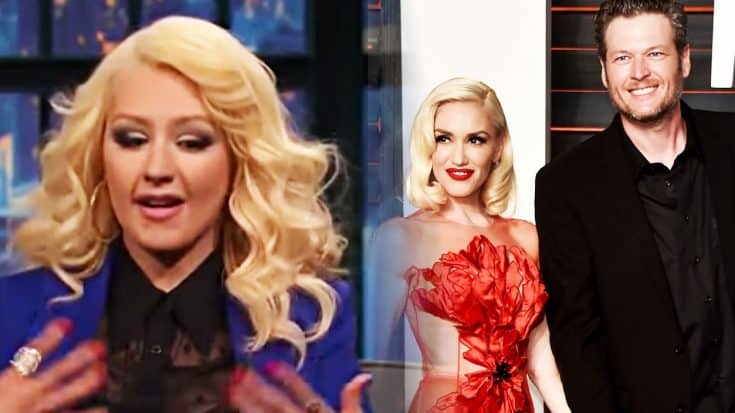 Quitting her job on The Voice wasn’t an easy call after spending six seasons on the show and building relationships with so many talented people – but Christina Aguilera had to do it. There was no question in her mind.

In ONE HOUR, @xtina is ready to find more #Fighters. #BlindsContinue pic.twitter.com/iD7N7myGi6

To Aguilera, when she first took her coaching position on The Voice, it represented something bigger – something meaningful. As the years went on, she grew weary of watching the meaningful parts get chipped away, piece-by-piece.

“It wasn’t a comfortable place for me to be, where I’m just part of a money-making machine. When I stop believing in something, then it’s like, What am I doing here?” she said in an interview with W Magazine.

With her final season on the show ending in 2016 – many were left to speculate as to why she made such an abrupt departure. It was just the season prior to that when Blake Shelton and Gwen Stefani came forward with their newfound romance – which became more visible as the months went on.

As soon as Aguilera confirmed to the public that she was never going to return to The Voice, rumors began to fly suggesting that it was Blake and Gwen’s romance that pushed her out the door. Moreover, other rumors even suggested that she had an ongoing feud with Gwen.

In this same interview, Aguilera comes clean about the rumored “feud” and explains what Blake and Gwen had to do with her leaving…

“Oh my God, no…No, it never had anything to do with any one person at all,” she revealed. “I fought for a long time to get two females in the chairs. And, for a long time, I was just told it wasn’t the demographic. But just know that I was a fighter behind the scenes.”

With Christina Aguilera gone for good from the coach’s chair – who will make a suitable replacement? Watch her speak about never coming back in the video and tell us what you think.