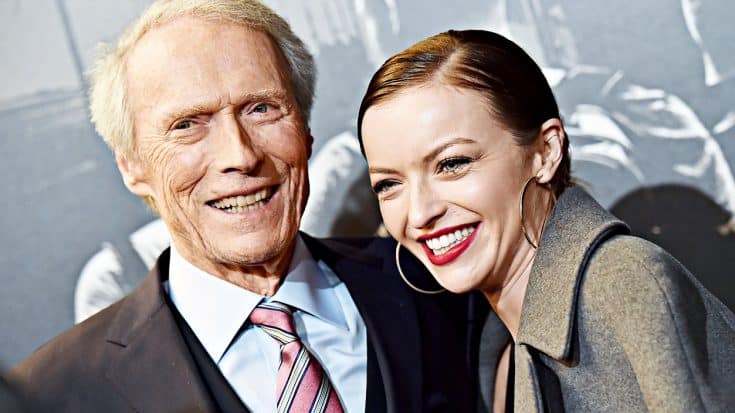 The daughter of a very famous western actor and director is going to welcome her first child – but she kept it a secret for as long as she could!

Clint Eastwood has seven amazing children, but it’s just one of them that has announced she’s pregnant – and in a way nobody expected! Francesca Eastwood, 24, is the daughter of Clint Eastwood and Frances Fisher.

Francesca had long kept her baby bump a secret, refraining from posting photos on social media that showed it off – or talking about it in general. She also has been connected to actor Clifton Collins Jr. and it was reported that they wed in 2017 – but none of that has been confirmed.

To reveal her secret baby bump to the world, Francesca joined her mother on the red carpet for the 2018 Environmental Media Association Awards on Tuesday, May 22nd, 2018.

The big reveal came when she strutted down the red carpet in a sleek black dress, proudly sharing her shapely baby bump with the world!

Later in the evening, as she was presenting an award with her mother, she shared the news of her pregnancy with the high-profile audience!

While many assume the father is Clifton Collins Jr., Francesca has not made any further comments about the pregnancy.

It looks like the Eastwood clan is going to get a little bit bigger soon!