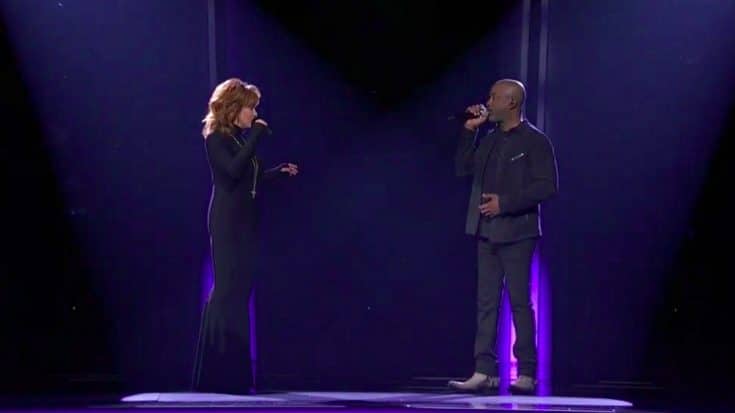 One of the 2020 CMA Awards shows best kept secrets was the performance delivered by the show’s hosts Reba McEntire and Darius Rucker. Rucker, former Hootie & the Blowfish frontman, was tight-lipped about the performance in the weeks leading up to the show, but teased, “I’m lucky, I get to do something really special with Reba. We’ve got something that we’re really excited about, and no, I can’t tell you.”

The wait was well worth it as Rucker and McEntire took the stage to perform a touching tribute to late singer-songwriter Mac Davis who died in September at the age of 78. Rucker and McEntire sang Davis’s hit song “In The Ghetto,” a song about “the urban black experience in contemporary America.” Davis wrote the song in the ’60 and pitched it to his namesake Sammy Davis Jr. But, Davis Jr. declined saying that it would be more powerful if a “white man sang it.”

Elvis Presley recorded “In The Ghetto” during his American Sound Studio session in Memphis and became his first Top 10 hit in the United States in four years. In 2007, Presley’s daughter, Lisa Marie, recorded a duet version of the song with her late father to raise funds for the Presley Charitable Foundation.

Not only was Darius Rucker and Reba McEntire’s performance of “In The Ghetto” special because of the song and performers, but it was the first time in months that the country music community came together under one roof. The other performers, nominees and presenters were on-hand at the Music City Center in Nashville, although social distancing rules were strongly enforced.

Darius pulled double-duty as co-host and performer and had the honor of performing twice. In addition to his performance with Reba, he is also collaborating with Lady A for his song “Beer and Sunshine.”

Watch Reba McEntire and Darius Rucker sing “In The Ghetto” below.