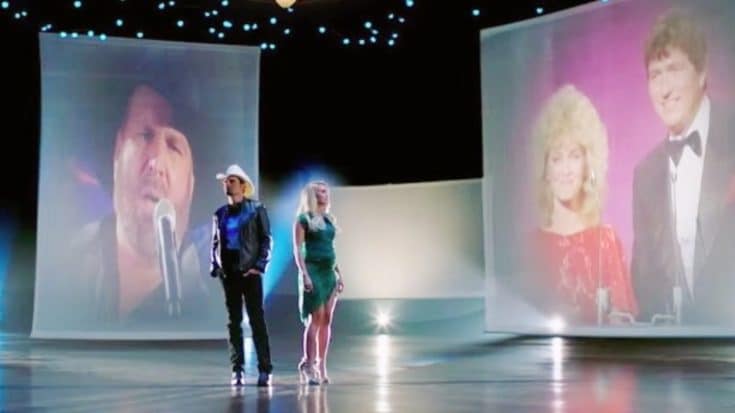 A History Of Nostalgia

Excitement in the country music community is at an all-time high with the annual CMA Awards fast-approaching. As artists and fans alike gear up for “country music’s biggest night,” a new video is here to drum up sentimental feelings toward this year’s ceremony.

The most famous of CMA Award promotions took place back in 2016, the year that marked the award show’s 50th anniversary.

In honor of the milestone, the CMA brought together dozens of past award winners for one of the biggest musical mashups in history.

Called “Forever Country” the song was a blend of John Denver‘s “Take Me Home, Country Roads,” Dolly Parton‘s “I Will Always Love You,” and Willie Nelson‘s “On the Road Again.”

The mashup featured the perfect mix of modern stars and iconic figures, such as Luke Bryan, Ronnie Milsap, and Little Big Town.

Superstar Hosts Of An Iconic Event

Of course, no CMA Award promo would be complete without the show’s hosts, Brad Paisley and Carrie Underwood.

In addition to starring in the main “Forever Country” video, Paisley and Underwood also appeared in a shorter clip that featured a miniature version of the song. Their clip was one of several that brought two singers together to sing two iconic country hits.

Now on their 11th year of hosting the awards, Paisley and Underwood are seasoned pros at these promotional clips.

With the 2018 ceremony coming up on November 14, the CMA Awards‘ promotional campaign is in full swing. In typical style, the newest CMA Award clip appeals to fans’ nostalgia to get them excited for this year’s ceremony.

The clip shows Paisley and Underwood standing in a large, dimly lit room, while large fabric sheets hang from the ceiling. Videos are projected on these sheets, starting with nothing but clips of the two longtime hosts.

As the clip progresses, the spotlight is thrown on country music icons who were honored at the awards in years past.

Immediately after recognizing the country greats who came before them, Paisley and Underwood take the time to acknowledge the genre’s rising stars. In doing so, they bring things full circle, showing how the CMA helps turn artists into legends.

You can’t help but get teary-eyed when you watch the newest CMA Awards promotional clip below. That’s just how good it is at appealing to emotion.

Who else is excited for the 2018 ceremony? We can’t wait!

Can't wait to witness even more amazing moments at this year's #CMAawards.