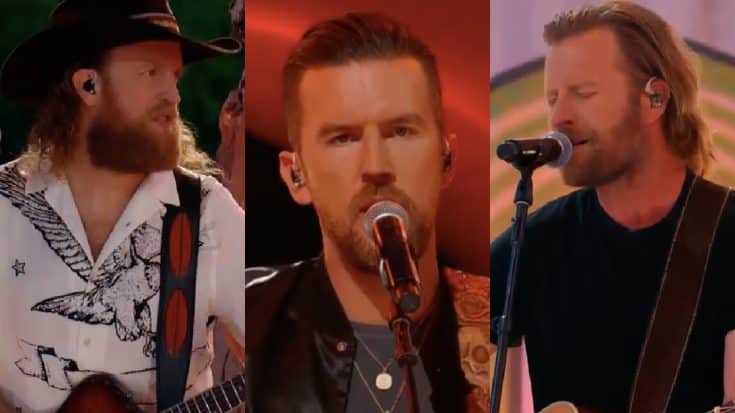 Country music’s only fan voted awards show took place Wednesday night (June 9), and the night was jam-packed with memorable performances that included collaborations from some of the genre’s biggest stars.

One of the night’s collabs came from Dierks Bentley and Brothers Osborne who previously teamed up for the chart-topping single “Burning Man,” a song released in 2018. “Burning Man” has remained one of the biggest songs of Bentley’s career. Ironically, the song almost never happened for the singer.

When “Burning Man” was sent his way, Bentley was focused on the promotion of his latest album and was touring so didn’t put much thought into his future with the song. But, with the encouragement of his manager and wife, he decided to record the song that is now a huge part of his career.

Why did Dierks invite Brothers Osborne to be a part of the track? As Bentley, a married father of three, explains, “Burning Man” is a song about reflection. It focuses on where he has been and where he is going. He wanted to include someone who was in a different phase of life as a contrast to where he is in his own life.

“I’m knee-deep in adulthood,” Bentley explains. “I thought it would be fun to sing with someone who doesn’t have three kids and isn’t as far along as I am or as old as I am.”

After the success of “Burning Man” it only made sense that Brothers Osborne would recruit Dierks Bentley to join them on stage for their song “Lighten Up” at the CMT Music Awards. The track is from Brothers Osborne’s album Skeletons and “centers on finding ways to stay positive in trying times,” per CMT.

The brothers, John and T.J., co-wrote the song with Daniel Tashian and Ian Fitchuk, writers and producers known for their work on Kacey Musgraves’ Grammy-winning album Golden Hour.

Watch Dierks Bentley and Brothers Osborne’s full CMT Awards performance of “Lighten Up” in the video below.