By Manly Bryant on April 5, 2019
Advertisement 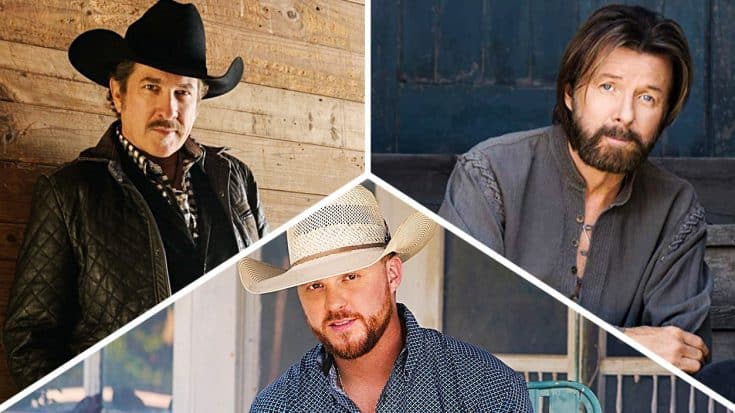 After taking a hiatus that seemed like it would never end, dedicated Brooks & Dunn fans were blessed with an entirely new album in 2019 – but it’s not quite new music, however, just as good!

Truth be told, the pair never actually intended to cut a new album, but their manager was the one that had a helping hand in convincing them to reunite for a new project titled Reboot. And the fruits of their labors has finally been released – today!

The #REBOOT is here! Listen to our new collaboration album now. (Link in bio)

The new studio album is a “reboot” of all their greatest hits, but with one very special twist! These songs have all been reimagined and re-recorded with one of country music’s newer artists.

But, one of their most recognizable hits, “Red Dirt Road,” was blessed with the appearance of Texas country music star Cody Johnson. And IT. IS. AMAZING.

#COJONATION! Thanks for a weekend of sold out shows in GA, TN & AL. Couldn’t do this without y’all!

This red-headed young country star is no stranger to singing classic country tunes – let alone Brooks & Dunn hits! On his album (Ain’t Nothin’ To It), Johnson tried his hand at their classic hit “Husbands and Wives” and it came out flawlessly!

Cody Johnson’s slightly sweeter tone cascades across the song’s intro with a refreshing new sound that pairs perfectly with the very distinct sounds from Kix Brooks and Ronnie Dunn as they gingerly approach the chorus.

A more acoustic take on this decades-old hit, the best part is when they hit the harmonies and all three of their voices become one stunning sound that we can only describe as “the trifecta.”

If you’ve ever dreamed of hearing these two icons sing with one of country music’s fastest-rising young stars, this will be a literal dream come true for you – and there’s still a whole album full of other hits to check out as well. So make sure you snap up your own copy of Brooks & Dunn’s Reboot album ASAP!

Listen to “Red Dirt Road” by Brooks & Dunn feat. Cody Johnson below – and tell us what you think of it in the comments!