Cole Hauser To Star In ‘Panama’ With Mel Gibson

By Manly Bryant on October 16, 2020
Advertisement 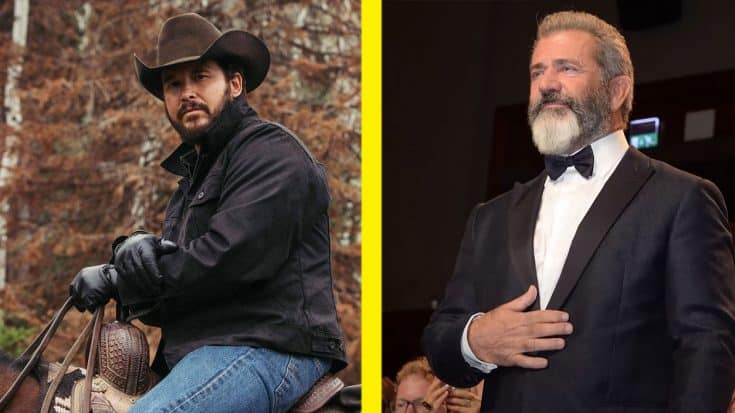 Good news for Yellowstone fans. Soon you’ll get to see more of Rip Wheeler’s face. Actor Cole Hauser has just taken on a role to star in the upcoming action-thriller movie, Panama.

Hauser will co-star with Mel Gibson reuniting the two of them who previously collaborated on the 2004 film, Paparazzi.

Hauser plays a rugged and decorated ex-marine who is sent undercover by his former commander played by Gibson, to execute a high-value deal with untrustworthy adversaries.

The action-packed thriller will begin filming in Puerto Rico this December.

Crank's co-director, Mark Neveldine, has cast Cole Hauser and Mel Gibson in his next film titled PANAMA. Thw movie follows a highly-decorated former Marine sent undercover by his old commanding officer on a dangerous mission to oversee an important deal with some nefarious characters. Hauser will play the Marine, with Gibson starring as his former commander. The film is set to begin filming this December in Puerto Rico. If this is anything like Crank, it's going to be a high octane action spectacle.

Raised in Santa Barbara, California, Hauser dropped out of high school at sixteen years old to pursue an acting career. Though it might seem like a risky move, Hauser was no stranger to Hollywood. His mother, Cass Warner, was the granddaughter of Harry Warner who was a founding partner of the massive production company, Warner Bros. His father, Wings Hauser, was also an actor. With a family background in film and acting, it was only a matter of time before he jumped into the business himself.

Hauser’s film debut was in School Ties, alongside future stars Brendan Fraser, Matt Damon, Chris O’Donnell, and Ben Affleck. Soon after, he appeared in Richard Linklater’s Dazed and Confused as well as Good Will Hunting.

1 more EP tonight and it’s a dandy. Enjoy! Thx for watching and making this year are best. @yellowstone @paramountnetwork

Most recently, Hauser has plays the character Rip Wheeler in Paramount’s hit drama, Yellowstone. Although filming for Season 4 is underway, fans won’t be able to watch it until June 2021.

Watch some behind-the-scenes footage of Yellowstone below.