By Miranda Raye on June 4, 2018
Advertisement 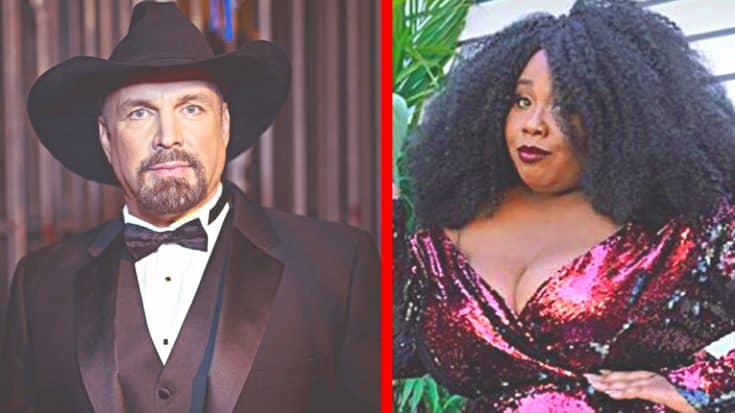 The last two episodes of The Voice are always exciting ones for the final four contestants. In addition to performing with their coaches and musical guests, the contestants get to debut their first original song.

At least, that’s how it’s supposed to go. But that’s not the way it went for one Team Blake finalist and fan-favorite on Season 14, Kyla Jade.

Jade ended up placing third, behind Team Alicia‘s Britton Buchanan and Team Kelly‘s Brynn Cartelli. But it’s possible she could have placed even higher if it wasn’t for a controversy surrounding her original song.

The song Jade sang as her original was what she called “The Last Tear.” Even though it was supposed to be new to her, some keen-eared viewers realized they recognized it.

That’s because the song that Jade was calling “The Last Tear” was actually a song that was previously recorded by Garth Brooks, called “Leave a Light On.” Brooks doesn’t allow his music to be shared on YouTube, but you can hear a cover in this following clip.

Brooks released “Leave a Light On” in 2007 as a new track on his Ultimate Hits collection album. He’s said that he recorded the song as a tribute to his fans, asking them to always “leave a light on” for him even through his retirement.

As you would expect, some Voice viewers were upset when they recognized that the song Jade was shipping as her original piece was previously recorded by Brooks. The following tweet is just an example of how angry some viewers were.

Kyla Jade didn't sing an original song …. recorded by Garth 10yrs ago as "leave a light on" … either DQ her or admit The Voice knew it wasn't an "original" …#TheVoice #kylajade

As you can see, viewers were accusing Jade of knowingly claiming Brooks’ song as her own, original tune. After the uproar, the songwriter of that tune felt the need to speak out on her behalf.

Tommy Sims, who co-wrote “Leave a Light On” with Randy Goodrum, released a statement to The Music Universe to explain how the song ended up being claimed by Jade as her original piece. First and foremost, he made it clear that neither Jade nor the producer of the track knew that it was recorded by Brooks before:

“At no time was I made aware that the criteria for this particular song was that it [had to not have been] recorded before,” he said. “James [Waddell, the producer], and Kyla never felt the need to make me aware of this because they genuinely weren’t aware of a previous Garth Brooks version.”

rearranging a few words to a country song put out by a top artist & calling it an original really shows that “appreciation”.#thelasttear really is #LeaveALightOn @kylasings @NBCTheVoice pic.twitter.com/7EBKptJB1E

To those, such as the above person, who accuse Jade of purposefully changing the title and some of the lyrics to try and pass off Brooks’ song as her own, Sims has an explanation for that too. As he clarified, Jade ended up singing the song as it was in the demo, which was titled “The Last Tear” just as her “original” song was.

Sims said that it was Brooks who changed the lyrics of the song when he made “Leave a Light On.” Jade sang the song in its original demo style, which is why it has different lyrics than Brooks’ rendition. Sims explained:

“Kyla’s exact version of the song has existed in Universal Music’s publishing database for nearly 10 years prior to the Garth Brooks release and that in fact Garth is the only one who changed the arrangement, lyric and title from its original state when he recorded it some 10 years after my original demo version was recorded…The version Kayla sings is identical to the letter, lyric and arrangement of my original demo version.”

Sims explains the whole mess in more detail in his full statement. You can read it here.

What do y’all think of this ordeal? We’d love to hear from you.