By Jennifer Pernicano on January 17, 2019
Advertisement 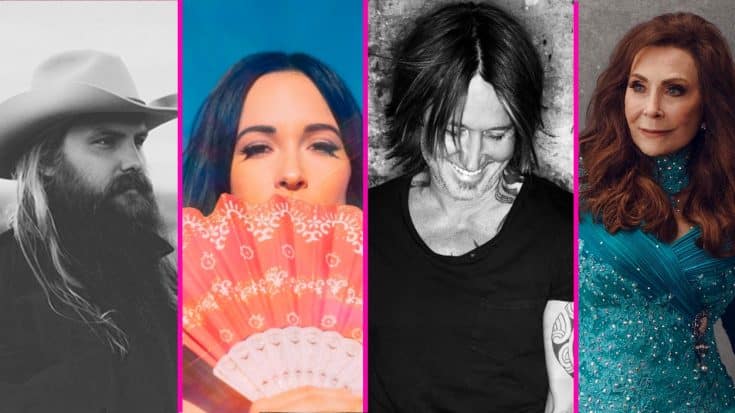 The 61st Annual Grammy Awards is fast approaching and as it gets closer and closer, we are finding out more and more about what to expect during the February 10th show. Just this week, it was revealed that one of our favorite coaches from The Voice, Alicia Keys, will be hosting the event dubbed as Music’s Biggest Night.

On Thursday (Jan 16), the Recording Academy announced the first group of performers with two country acts making the cut – and we couldn’t be more excited!

Not only are award-winning duo Dan + Shay nominated for the very first time, they will also be gracing the stage at the Staples Center in Los Angeles to perform.

“Being nominated for two grammy awards is an incredible honor by itself,” the duo wrote on Twitter. “But also getting to perform on the show might be the ultimate highlight of our career.”

being nominated for two grammy awards is an incredible honor by itself, but also getting to perform on the show might be the ultimate highlight of our career. we’re grateful to share the prestigious stage with some of the greatest artists in the world. thank you @RecordingAcad! pic.twitter.com/tRB5YxvzZ5

It makes total sense that the other country artist was chosen to perform, seeing as she has a high chance of taking home an award with four nominations, one in the all-genre Album of the Year category. That person is none other than Kacey Musgraves!

She has four nominations, including Album Of The Year: https://t.co/Bds3ZnAnjE pic.twitter.com/xN7Tu9O7ct

We will definitely tune in to watch Dan + Shay and Musgraves perform, but also to see who will win in the country categories! Check out the country nominees below.

Although she isn’t nominated in any of the country categories, country/folk singer Brandi Carlile is nominated in the all-genre Record of the Year and Song of the Year categories for her song “The Joke,” which was produced by Dave Cobb and Shooter Jennings.

Carlile joins Musgraves in the Album of the Year category for By The Way, I Forgive You, while newcomer Luke Combs is the lone country singer in the Best New Artist category.

To get you ready for the Grammy Awards, watch Musgraves perform one of her Grammy-nominated songs in the video below.