By Manly Bryant on April 10, 2019
Advertisement 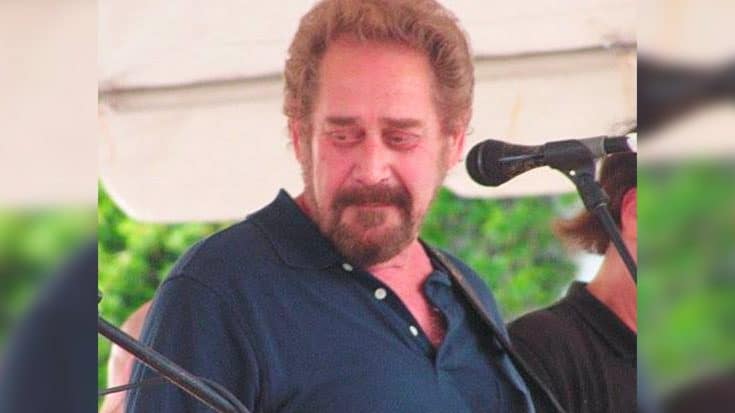 The country music community is experiencing the loss of another great artist this morning. Earl Thomas Conley left a large impression on everyone that he met. His talent alongside his music will be remembered forever as his friends and family say their goodbyes.

Earl Thomas Conley was born on October 17, 1941, in Portsmouth, Ohio. Conley began discovering his love for music during his time in the Army, where he joined a Christian-influenced trio. It wasn’t long before Conley had found his passion and began songwriting. The young talent eventually started selling his songs to big-name artists including Conway Twitty and Mel Street, who had great success from them.

Finally, in the late 70s, Conley got his big break with his first Top 40 hit, “Dreamin’s All I Do.” Just a few short years later, Conley was dominating the charts even being nominated for multiple Grammy Awards for his song, “Holding Her and Loving You.” In 1986, Conley took his talents even further by dueting with pop/R&B singer Anita Pointer for their single, “Too Many Times” which had incredible success.

Conley went on to record ten studio albums and charted more than 30 singles on the Billboard charts – 18 reaching the No. 1 spot.

One country artist that really looks up to Conley for this own inspiration is Blake Shelton. Shelton and Conley co-wrote the song, “All Over Me” back in 2002 that earned a spot on the charts. Shelton has even referred to him as “his favorite singer, hero, and [my] friend.”

On April 10, 2019, Shelton learned of the devasting news that his dear friend, Earl Thomas Conley had passed away.

Shelton posted a sweet snap of the two singing on stage together. Shelton with his large grin hugs Conley as he sings – it is truly a priceless photo.

My heart is absolutely destroyed today… I’m sad to report that Earl Thomas Conley passed away very early this morning. Earl was my all time favorite singer, hero and my friend. Prayers to his family. We will all miss you deeply my brother. Now go rest…

Shelton shared his emotions with the photo,

“My heart is absolutely destroyed today…I’m sad to report that Earl Thomas Conley passed away very early this morning.” Shelton continues, “Earl was my all time favorite singer, hero, and my friend. Prayers to his family. We will all miss you deeply my brother. Now go rest…”

Our thoughts and prayers are with Earl’s family and friends. May he rest in peace.