By Manly Bryant on August 3, 2021
Advertisement 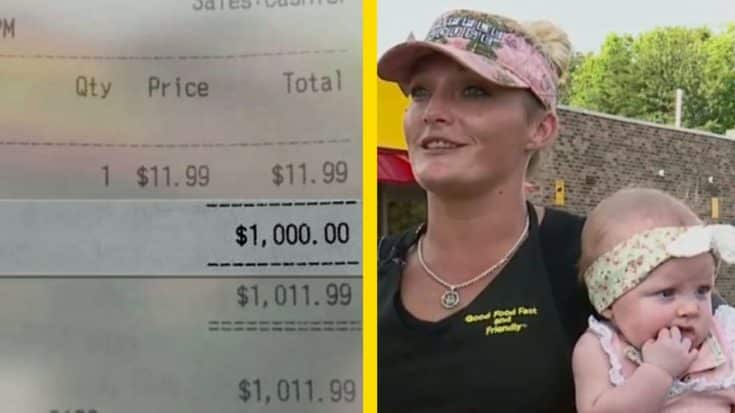 Waffle House waitress Shirell Lackey was working a 15-hour double shift at the restaurant when she was tipped $1,000 by a famous country music singer.

“He was like: ‘I have to respect a mother that would do whatever it takes to support their child in a society where people don’t even want to work anymore,'” Shirell said, according to Business Insider.

Shirell was also looking after her baby daughter while she was working at Waffle House. The country music star was so impressed by her work ethic, he wrote in a $1,000 tip on top of his $11.99 order receipt.

She has decided to keep his name anonymous but she says the musician gifted her two free tickets to come to one of his concerts. She said the musician later sent diapers, baby clothes, etc to the waitress’s home.

“I was almost in shock to receive such an amazing gift. I’ve heard what goes around comes around and I’ve aways tried to help others, but not to get anything in return, only because its the right thing, what we as humans are supposed to do for one another.

Shirell explained that her efforts came around full-circle and she feels truly blessed to know that there are still amazing people in the world. Her words in the video were specifically, good, honest, and selfless people.