By Miranda Raye on August 14, 2018
Advertisement 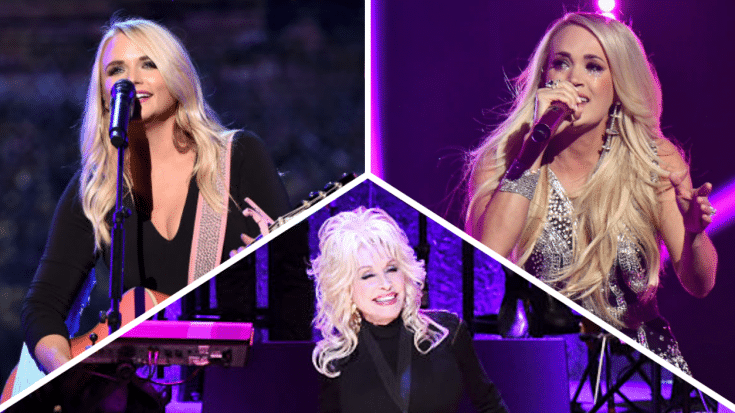 Over a month ago, Forbes published its annual Highest-Paid Celebrities list for 2018. The person who holds the top spot on this year’s list is former professional boxer Floyd Mayweather with $285 million earned.

Surprisingly, country fans have to look pretty far down the list before they find a country star’s name. The highest-paid country star of the year earned $52 million, and although it sounds impressive, it was only enough to place the star as the 45th highest-paid celebrity.

So who is that star? It’s Luke Bryan, who swooped in to steal the title of the highest-paid country star after that distinction went to Garth Brooks for three years. Bryan’s surge in wealth can be contributed to his huge headlining concerts as well as his new gig as a judge on American Idol.

Other than Bryan, only two other country stars appeared on Forbes‘ overall list of top celebrity earners. Brooks comes in as country music’s second highest money maker and the 59th highest overall, with total earnings of $45.5 million. Country music’s third highest earner and 87th highest overall was Kenny Chesney, who brought in $37 million.

Looking at the overall highest-earners list from Forbes, it would seem like there’s not a lot of money making power in country music. But that is not the case.

A report published by Forbes on Tuesday (August 14) revealed some of the names of the top ten highest-paid country music artists. The report revealed that just within that top ten pool, $304. 5 million was earned. That’s almost 20% more than the ten highest-paid DJs in the world, who only pulled in $260 million over the past year.

Other than Bryan, Brooks, and Chesney, some of country music’s other top earners are Blake Shelton (ranking in fifth with $28 million earned) and Florida Georgia Line (falling right behind Shelton in sixth with $27 million earned).

But out of the top ten highest-earning country artists this year, only one of them is a female. Got any guesses who?

We’re sure some of you thought that Carrie Underwood or Miranda Lambert surely had a spot on country music’s highest-paid list. But you thought wrong.

Instead, the only female country artist to make the cut on Forbes’ list of highest-paid country stars for 2018 was none other than the legendary Dolly Parton. This may seem surprising to some, since Parton doesn’t tour as actively as newer artists like Underwood and Lambert and doesn’t have a strong radio presence.

But once you think, it makes perfect sense why Parton made the list. Her income of $19 million (placing her at the tenth spot on the country artist list) can be contributed to her many business ventures, including her Dollywood theme park and her many dinner shows.

While Parton may have been the only female artist to make an appearance on the 2018 list, that could change when it comes time to put together next year’s ranking. Both Underwood and Lambert will tour, and in Underwood’s case, she has a new album set for release in September.

What do y’all think of Forbes‘ ranking? Are you surprised to hear that Parton is the only female artist on the list?