By Miranda Raye on January 19, 2023
Advertisement 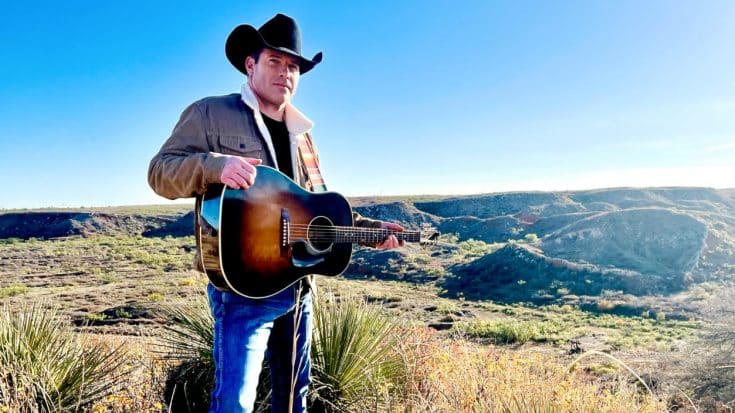 Following the success of his previous single, “One Drink In,” neo-country traditionalist Donice Morace is back with a new single and music video that continues the storyline.

The new single is titled “Goin’ Goin’.” It is the second installment in a trilogy of songs and videos that follows the arc of a couple’s relationship. The music video for “One Drink In” kicked off the trilogy by showcasing the couple’s red-hot romance in their early days together.

Revisit the video for “One Drink In” below and stream the song here.

But things take a turn in the new music video for “Goin’ Goin’.”

The music video for “Goin’ Goin'” illustrates the grief someone feels when they lose the one they love. Morace takes on a reflective tone as he sings about the relationship and everything that went wrong. As some of the lyrics go:

“Goin’ Goin’ but you still got a ways to go
To get on out of my memory and further down the road
You’re still rollin’ rollin’ around here in my head
By now I should be movin’ on
You keep goin’ goin’
But you’re still not gone.”

Morace elaborated on the meaning behind “Goin’ Goin'” in a recent interview. He said, “Sometimes, your heart needs more time to accept what your mind already knows,” and that’s what the song captures.

“Goin’ Goin'” was written by Mark Nesler, Jessi Alexander, and Connie Harrington. Its music video was directed by Don Mills.

The music video for “Goin’ Goin'” was filmed on location on a ranch near Borger, Texas. Viewers will be captivated by the breathtaking shots of Morace performing in front of the desert terrain and rugged mountains.

These shots of Morace are juxtaposed with scenes of the couple from the previous video for “One Drink In.” Through the video, viewers learn the pair’s romance has hit the rocks. The man has a hard time after the woman he loves leaves him behind. He recalls the wonderful memories they made together, which makes it more difficult for him to come to terms with her absence. In fact, reliving these happier times only makes the pain worse.

See how everything unfolds by watching the video for “Goin’ Goin'” below. You can also stream the song here.

Stay tuned…because the trilogy’s story will conclude with the video for Morace’s next song, “Wait Til I’m Gone.” The song is already available to stream at this link.