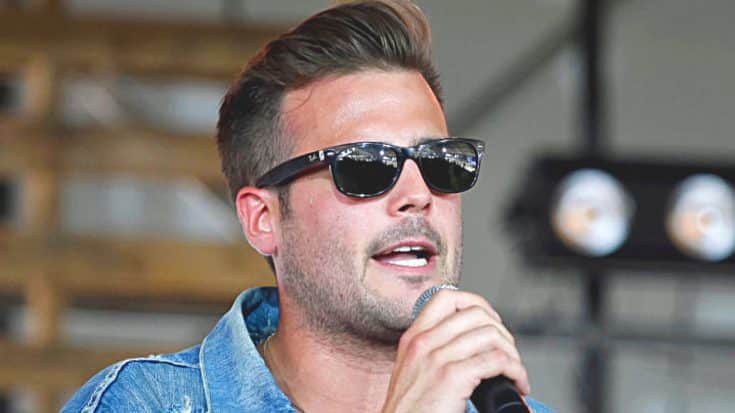 Jackie Lee has only been in the country music scene for a few years, but he’s already experienced some great success. His debut single, “She Does,” reached the 49th spot on the Country Airplay chart, though he is perhaps best known for his slightly lower charting 2016 single “Getting Over You.”

As one of the brightest rising stars in country music right now, Lee has generated quite a following quite quickly. But even his most loyal fans had no clue about a heartbreaking battle he was facing in life.

In an intimate interview with People that was published on Monday (May 21), the 26-year-old singer revealed some news no one ever expected to hear. He fought cancer…twice.

Reflecting On His Mother’s Death

For Lee, the past two years of his life have been consumed by cancer, and not just his own. It turns out that his mom also fought a cancer battle of her own, and she passed away on June 4, 2016. She was only 47 years old.

“It felt like she was stolen from us,” Lee said in his People interview.

While he was still deep in grief over his mother’s death, Lee began experiencing some unusual and painful symptoms. He went to the doctor and had some tests done, which were inconclusive. But there was always the concern that his own symptoms were caused by cancer as well.

Lee’s worst fears were confirmed in January 2017 when test results confirmed he had stage two testicular cancer. But doctors did have some positive news to share…he wouldn’t need any chemotherapy.

After a while, Lee felt confident that the cancer was gone for good. He was more than ready to move on with his life, saying, “I was like, well, it’s gone now,” Lee recalls. “Let’s keep moving forward. It’s gone. He got it. We’re good.”

But things weren’t good. Later that year, Lee returned to the doctor for a checkup when he learned some devastating news. His cancer had returned.

The second time around, Lee was diagnosed with cancer in his lymph system. He spoke about how shocked he was to hear that his cancer had returned, saying, “I just felt like a pile of rocks had been dropped on my head.”

However, doctors assured Lee that his cancer was highly curable. “If you’re going to have cancer, this is the one you want,” Lee recalls the doctors saying.

Lee started chemotherapy last October, and although he wanted to keep touring, he wasn’t well enough to do so. He decided to take some time to himself, saying he “kind of went into hiding.”

After undergoing his final chemo treatment in January, Lee was left to wonder how to move on with his career:

“I just had such a pressing feeling on my heart that like, man, what time do I have left? What can I do today that makes an impact for good? It really bothered me. My purpose when I moved here was to have a number one record, play shows, to make a splash. I couldn’t find the purpose anymore. … It made me feel like, what am I doing here?”

Then it dawned on him. Lee remembered a song he wrote between his two cancer battles, called “Long Year.” The emotional song is inspired by his mother’s death and Lee’s first battle with cancer.

Rather than immediately share his journey with fans through the song, Lee kept it private and waited to share it until now. You can hear it in the clip below.

Lee hopes that the song can be a source of encouragement to people facing struggles in their lives, saying its message is “no matter what you’re going through, you’re going to get through it.”

We’re so happy to hear that Lee is healthy now, and can’t wait to hear more music from him!