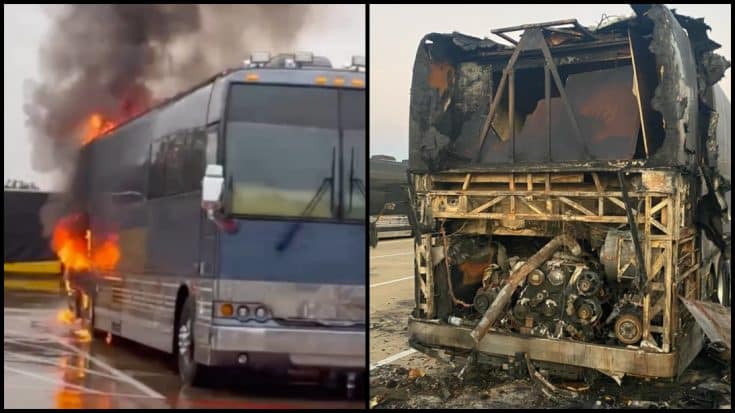 Up and coming country star Mike Ryan is counting his blessings after losing his tour bus in a fire.

The singer shared the news on Instagram Tuesday morning (November 29) along with photos of the charred bus.

“There isn’t much good news here but at least no one was on the bus when it happened. No one hurt 🙏 we’ll replace what was lost and keep on chuggin along. At least my @opry sign made it 🙌🏼 (swipe left) We’ll see y’all in Mississippi this weekend,” Ryan wrote.

Ryan’s guitarist, Hunter Parody, took to TikTok to share video of the bus engulfed in flames and firefighters battling the blaze.

@hunterparody YOURE MY BOY BLUE! Old School was the last movie I watched in the bus. Blue was more than a bus. Blue was our friend and he shall always be remembered as such. #tourbus #bus #musician #countrymusic #prevost #tourlife #tragedy #fire #mikeryanband #mikeryan #longcut ♬ Oh No – Kreepa

Ryan, an independent artist, recently made his Grand Ole Opry on November 8, just days after the release of his fourth studio album, Longcut.

A singer-songwriter from Texas, Mike Ryan graduated from University of North Texas with a degree in criminal justice, but decided that a music career was his passion. He released his first album, an EP, in 2010, followed by three more albums including his most recent release.

Ryan has earned nine No. 1 songs on the Texas music charts and has more than 265 million career streams.