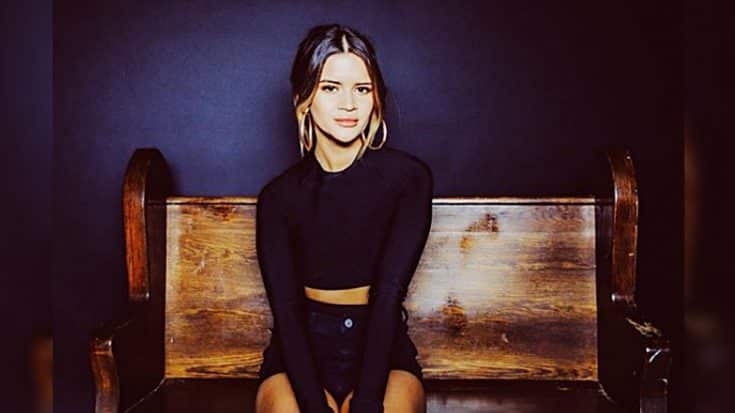 This chart-topping rising country star set the record straight about all the rumors regarding Carrie Underwood and her – after an interview for a Brazilian magazine was “lost in translation.”

Speaking with Brazilian music publication Keeping Track, Maren Morris talked about her current tour alongside former One Direction member, Niall Horan, her musical aspirations, and even who she would like to collaborate with.

This is where things get a little tricky.

While Morris has a skyrocketing career of her own already, she still writes and works with a number of other artists in both pop and country music genres. One of those happens to be the reigning princess of country music: Carrie Underwood.

Having already collaborated with Underwood on a previous project – one she doesn’t specifically name in this interview, Morris is quoted by the publication as saying (via translation), “I wrote to Carrie a few weeks ago that we could do something together. So, probably going out a collaboration one day.”

Happy #summer everybody! Have you heard? #MarenMorris is hoping to sing a duet with #CarrieUnderwood! What do you think? #Christine105 #repost #countrymusic

This is where the rumors began. People started saying that they were actually planning on performing a duet together based on the loose interpretation of the double-translated interview.

In a single tweet, Morris rejected these Carrie Underwood rumors once and for all.

“I think there was something lost in translation with this Billboard Brazil interview I did,” Morris said on the social site. “What I actually said was we wrote together years ago…”

Morris continued on, saying that her thoughts on collaborating in the future were that it would be “amazing” but she didn’t speak further on the topic.

I LOVE Carrie! However, I think there was something lost in translation with this Billboard Brazil interview I did. What I actually said was we wrote together years ago and the interviewer asked if we’d collaborate one day and I replied “Maybe someday! That’d be amazing.” https://t.co/mSVtbg6tAn

Her tweet was sent to clear up some rumors that came out of an article titled “Maren Morris Reached Out to Carrie Underwood to Collaborate.” The author then tweeted in response saying they would rectify the error(s) immediately.

Following up her rejection of these collaboration rumors – Morris did leak a tidbit of information regarding her upcoming album and said that there will be two collaborations featuring other artists on the record!

There are 2 features on this next record, though. ?

What do you think of a Carrie Underwood/Maren Morris collaboration?

Listen to her and Niall Horan’s duet below.