By Miranda Raye on August 15, 2018
Advertisement 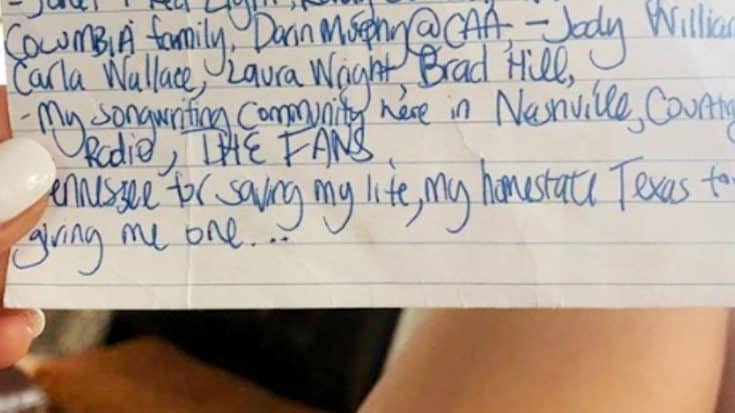 Even though she had been chasing her dream in country music for years prior, it wasn’t until 2016 that Maren Morris experienced her breakthrough moment. That was the year that she released her debut single “My Church,” which took country radio by storm.

The song was never a number one (it reached the fifth spot on the Hot Country Songs chart and the ninth on the Country Airplay chart), and yet it was cited as one of the year’s biggest hits. While other hit songs climb up the charts and soon fade away, “My Church” had a remarkable staying power and remained popular long after its release.

Today, “My Church” is still Morris’ best-performing country single when it comes to sales, having been certified Platinum.

The success of “My Church” and Morris’ debut major label album Hero (released in June 2016) placed Morris on the radar when it came time for the CMA to pick nominees for the 2016 CMA Awards. She was nominated in five categories: New Artist of the Year, Female Vocalist of the Year, Album of the Year, Song of the Year, and Single of the Year.

On the evening of the CMA Awards, Morris went on to win the first award of her entire career. While she lost in all of the other categories she was nominated in, she triumphantly walked away with the trophy in the New Artist of the Year category.

The win was an emotional one for Morris. She gave a touching speech during the ceremony and was still stunned when she spoke to reporters backstage.

Fast forward to now, and Morris has a number of other award wins under her belt, including a Grammy. Her career has only continued to grow through hit songs such as “80s Mercedes,” “I Could Use a Love Song,” and her pop collaboration with Zedd and Grey on “The Middle.”

But Morris’ 2016 CMA Awards win is still one of the most meaningful moments of her career. So you can imagine how devastated she was when she realized that she had lost the card that contained her acceptance speech.

After nearly two years without any sign of the card, Morris assumed it was gone forever. But one day her husband, singer Ryan Hurd, was cleaning out his truck and discovered something remarkable.

“Ryan just found this cleaning out his truck,” Morris wrote in a post on Instagram. “My notecard from when I won Best New Artist at the CMAs.”

Morris shared a picture of the card, which she said she “pretty much read all of” in her acceptance speech before she started crying. We’re sure she shed a few tears when she saw that card again after thinking that it was lost for good.

Ryan just found this cleaning out his truck. My notecard from when I won Best New Artist at the CMAs. I thought I lost it but it luckily survived the last 2 years. I’m proud I pretty much read all of it before my tears gave way. ???

Who knows, maybe Morris will have a new acceptance speech to give at this year’s CMA Awards? The nominees haven’t been revealed yet, but considering her success, she’s a worthy candidate!

While you wait to see what’s in store for Morris at this year’s ceremony, enjoy her 2016 CMA Awards performance of the song that started it all, “My Church.”