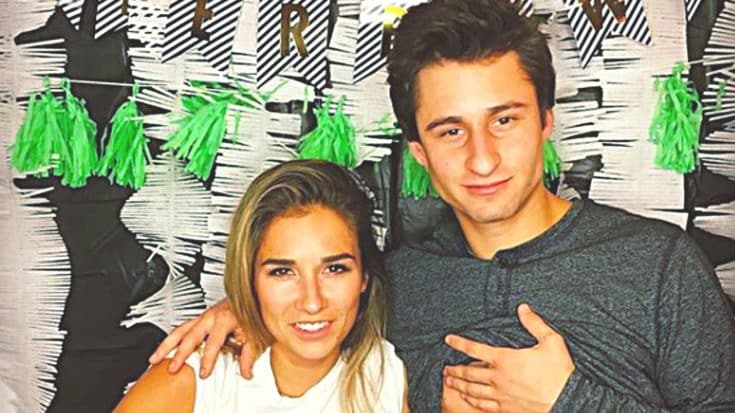 Anyone who follows John on Instagram saw some scary updates from him within recent days. As he shared, he was involved in a horrific car accident while in his hometown of Nashville, Tennessee.

According to John, he suffered a sudden seizure while he was driving. Because of this, he lost control of his car and it rolled. The whole experience was quite terrifying for the 23-year-old, who had never had a seizure before.

“The only way I can describe it is that I was screaming in my own head but couldn’t control my body,” he said in an interview with E! News. “I remember thinking there was nothing I could do.”

The Last Thing He Saw Coming

Prior to the crash, John had been at the gym and spent some time in a UV sauna. As a fitness enthusiast and the owner of his own health and fitness company, John never saw his seizure coming.

“This is the last thing I expected. I don’t have a history of this, it was a complete crazy thing that happened,” he said.

Luckily, John remained conscious after the crash, though he said “it was the smallest amount of consciousness.” He was aware enough to get ahold of his fiancée, Ali, who ran half a mile to make it to the scene.

Getting Back On His Feet…

After the crash, John was taken to the hospital for further testing. While he still seems to have no idea what caused his seizure, he knows that he is “lucky to be alive.”

As of press time, Jessie has not commented publicly on her little brother’s accident. Their sister, Sydney Rae James, rushed to his side along with her baby daughter to be with him.

Once John was released, he was able to take off to Hawaii with Ali, where they are working on planning their wedding. It’s amazing that he was able to do that after going through such a terrifying experience!

Look at these bums

We’ll be keeping John in our prayers as the doctors search to find the cause of his seizure.