By Manly Bryant on October 4, 2018
Advertisement 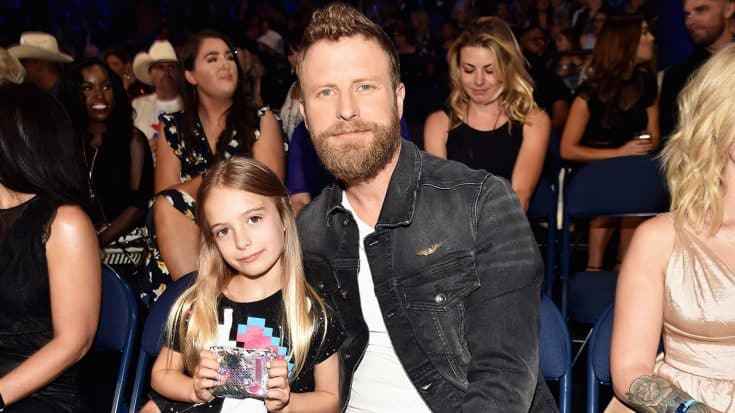 There seems to be a reoccurring theme going around the country music world and we’re not complaining. Country’s biggest stars have been posting adorable videos of their children showing off their God-given talents (even though their celebrity parents might defend genetics). Our latest favorite? Dierks Bentley‘s daughter’s newest performance.

The “Drunk on a Plane” singer took to Instagram this morning with the most precious video of his 10-year-old-daughter, Evie. In tribute to Young Evie’s Birthday, the video was of her singing “This Little Light of Mine”. Her raspy voice and gracious smile made the rendition even more special. Dierks captioned the Instagram post with:

“happy 10th bday evie! you always have #letitshine and we hope you always will.”

This wasn’t the first time we’ve heard Evie’s sweet voice though. On Dierks’ 2012 “Thinking of You” single, her vocals made an appearance. The singer even brought out Evie on stage to help him that same year for her live debut. It’s safe to say Dierks might just have a little superstar in the making!

Dierks has two other children as well with his wife Cassidy Black. The couple has been married since 2005 and have made three beautiful children since then: Evie, Jordan Catherine, and Knox. Although the Bentleys don’t put their kids on social media often, we’ve still got a glimpse into their picture-perfect family!

Here we go cassrunsboston17! Your @bostonmarathon pit crew is ready to cheer you on! number one fans. CRUSH IT #beboston

Prepare for your heart to melt after watching Evie Bentley’s “This Little Light of Mine”.

happy 10th bday evie! you always have #letitshine and we hope you always will.