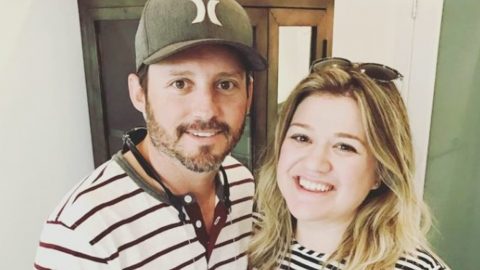 In June 2020, Kelly Clarkson filed for divorce from her husband Brandon Blackstock. She opened up about this trying time in her life during the Season 2 premiere episode of The Kelly Clarkson Show:

“2020 has brought a lot of change also to my personal life. Definitely didn’t see anything coming that came. What I’m dealing with is hard because it involves more than just my heart, it involves a lot of little hearts. We have four kids and divorce is never easy. We’re both from divorced families. We know the best thing here is to protect our children and their little hearts.”

Brandon has two kids, Seth and Savannah, from a previous marriage. He and Kelly share a daughter, River, and son, Remington. Kelly currently has primary physical custody of River and Remington.

Kelly and Brandon’s divorce battle has been ongoing for over a year at this point, and Kelly appears ready to move on. Us Weekly obtained documents in early July 2021 indicating her request to be declared legally single.

“...Clarkson, 39, and her lawyer filed a motion for a separate trial to terminate her marital status,” Us Weekly‘s report reads. “If granted, Clarkson would legally be considered single while the divorce proceedings continue.”

Now, just a few weeks later, another development has emerged in Kelly and Brandon’s divorce proceedings.

In total, Kelly owes Brandon $195,601 per month in support. This total is much lower than what Brandon was seeking. According to E! News, Brandon filed a request in November 2020 for $436,000 per month in spousal and child support.

Even though the past year has been tough for Kelly, she has been more than willing to share her feelings about everything she’s going through. Watch her open up about her divorce in the below clip from her talk show.

Our hearts go out to Kelly and her kids during this difficult time.