By Jennifer Pernicano on September 20, 2019
Advertisement 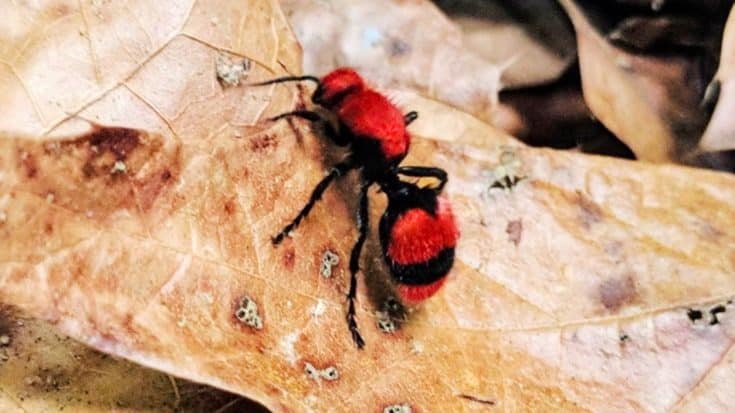 This huge ant looks beautiful, but Great Smoky Mountains National Park is warning everyone: stay away!

The scientific name is Dasymutilla occidentalis, but it is widely known as a “red velvet ant” because of its red velvet looks. But although it is nicknamed the “red velvet ant,” the animal actually isn’t an ant at all! It’s a species of parasitoid wasp and is called an “ant” because the females are wingless.

The red velvet ant is not actually an ant, but a female wingless wasp. Their sting is extremely painful. pic.twitter.com/u89IbPTJxd

Another “fun” fact about these red velvet ants is that their sting is so painful, it would kill a cow – hence their other nickname, “cow killer ants.”

Apparently, Great Smoky Mountains National Park has seen an influx of these cow killer ants and is warning visitors.

Though wingless and ground dwelling, the “Cow Killer Ant”, or “Red Velvet ant” (Dasymutilla occidentalis) is not an ant,…

A sting so painful it could kill a cow sounds pretty bad, so keep your eyes peeled! Some people on YouTube purposely had these cow killer ants sting them, and it looks bad. Check one out below.