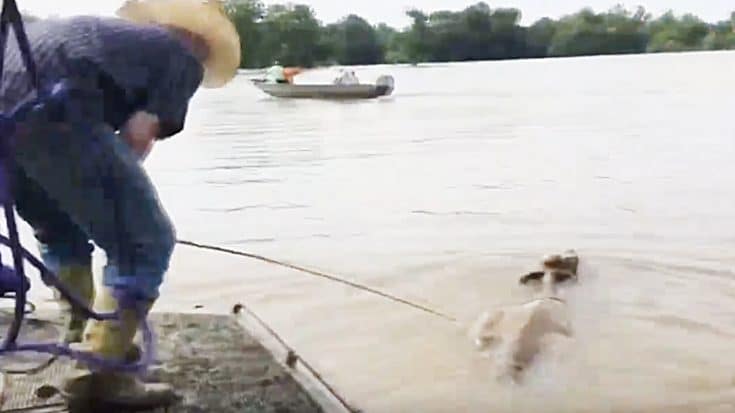 Cowboys to the rescue

According to NewsOn6, over 25 cowboys have gotten together to save drowning cows in flooded pastures throughout Rogers Country, Oklahoma.

The state of Oklahoma as a whole has been experiencing intense weather ranging from dangerously high winds, to tornados, to heavy rainfall causing massive flooding. The floods have forced cows to swim around for days, helpless and stranded on their own.

Some guys have even traded their horses for boats to round up the stressed out cattle and they now have seven boats on the water. Many of these cows don’t even belong to them, the men just live in the area and say “they can’t stand the thought of letting them drown.”

Unfortunately, several cows have not survived the flood but luckily the cowboys have saved about 30 head of cattle so far. Some of the cows were found miles away from their pastures.

The cowboys bring their own rope to lasso the cows they find swimming in the water and either pull them along the boat to dry land, or if the cow is small enough they pull it onto the boat.

Thankfully these guys are willing to work on the water every day to round them up. The owners of the livestock are very appreciative and the cowboys say they will continue the search for as long as needed to rescue all the cows they can.