By Jennifer Pernicano on December 4, 2018
Advertisement 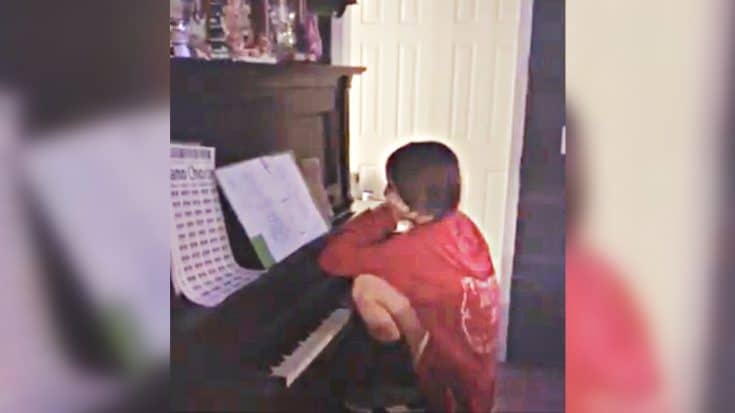 Craig Campbell has made his name in the world of country music but there is one thing this Georgia boy continues to remind us – he’s a “Family Man.” And, it looks like his family is just as talented as he is…

Craig Campbell has always been a family man. Even when he is jet-setting the nation and on tour, his wife and kids know how to keep him grounded. He even sings about the sentiment in 2010 hit, “Family Man.”

Now, it looks like his little ones are following in his footsteps. Campbell has been working with his daughter, Preslee on perfecting her piano skills.

But when it comes to vocals, this girl is a knock-out natural! During a rainy-day soundcheck, Preslee lent her powerful vocals. Not knowing she was being filmed, she belted out John Legend’s “All of Me” and stole the show before it even started.

In Case You Didn’t Know

In a 2018 video filmed by her mother, Mindy Ellis Campbell, Preslee is caught singing again. This time it was to country star, Brett Young’s “In Case You Didn’t Know.” The 2017 hit is a beautiful reminder that the singer is madly in love with the person they are with.

A Powerful Voice Inside A Tiny Girl

Sitting at the family’s piano in a dimly lit room, Preslee gently presses the keys giving off a patient rendition of Young’s song. Her mother caught it all on tape and praises her daughter’s natural talent. But as with any kid, it is sometimes hard to get them to practice.

Her mother captioned the video, “I mean seriously!! If she just would put a bit of effort!”

As Preslee played and sang the hit country tune, her voice gave it an echoing beauty that few have ever perfected. You can watch her entire performance in the video below and let us know what you think in the comments!

I mean seriously!! If she just would put a bit of effort! ? Lol. Preslee Campbell#sonaturalitkillsme Brett Young