By Miranda Raye on July 9, 2020
Advertisement 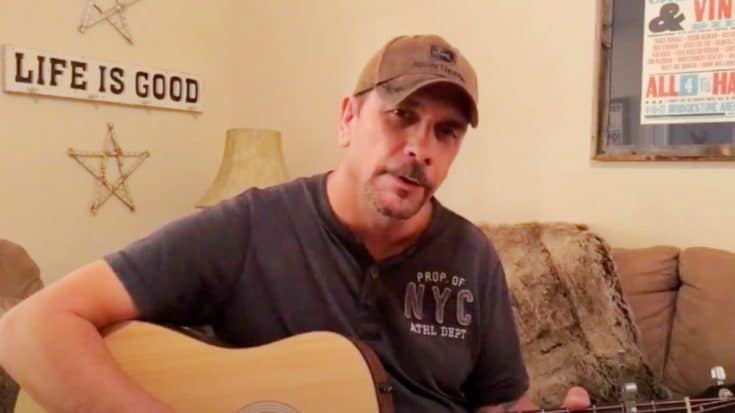 Craig J. Martin, one of the two songwriters behind Tim McGraw‘s #1 single “Don’t Take the Girl,” has passed away. He was 52 years old.

The news comes just a month after Craig’s “Don’t Take the Girl” co-writer, Larry Johnson, died on June 12 at the age of 69.

Craig mourned Larry’s death on social media, writing, “…right now I’m at a loss for words. One of my co writers, and very best friends.“

We lost one of the great ones. I dont even know what to say. I will someday! But right now I'm at a loss for words. One…

While Larry was battling multiple health issues for years, Craig’s death just a few weeks later on July 3 was unexpected. Craig’s son, Keith, confirmed the news of his passing with Taste of Country, saying his father died following a “sudden cardiac event.”

Keith also set up a GoFundMe to help raise funds to cover Craig’s funeral expenses. In the fund’s description, Keith spoke about the type of songwriter and man his father was:

“Craig J Martin was not only a prolific songwriter and musician, he was a deeply kindhearted father, partner, brother, and son. He was my Dad. He was a man who could walk into a room and make anyone laugh without any effort at all, because he had a clever and witty personality about him that attracted people. He loved spending time with his kids and would do anything in the world to get all 5 of us together at one time. You could see the light in his eyes when all our family were together somewhere on a back porch with some guitars.”

Keith wrote specifically about Craig’s involvement in crafting “Don’t Take the Girl,” and spoke about Larry’s death just a few weeks prior:

“Many who didn’t know my dad might know him from the #1 hit song “Don’t Take the Girl” by Tim Mcgraw. Co-written with Larry Johnson who we also just lost a few weeks ago. That song is one of so many incredible tear jerking stories that dad wrote about. He had a way with words when telling a story over a melody that was something extraordinary.”

Keith said Craig “…wrote mostly about love and pain, two of the strongest human emotions and two that we are all experiencing simultaneously in a very crushing way right now know that Craig is no longer with us.”

The final song Craig wrote, titled “I’m a Kid in Trouble,” was shared by Keith at the end of the GoFundMe’s description. Remember Craig by watching him perform the song below.

Craig is survived by his wife, Lori Gallagher, and his five children: Amanda, Craig Jr., Keith, Sami, and Scarlett. Our prayers go out to them during this sad time.

If you’d like to help Craig’s family cover funeral expenses, you can donate to the GoFundMe established by his son Keith by clicking here.

Craig’s funeral and visitation have been planned for July 11 at the Altmeyer Funeral Home in West Virginia. May he rest in peace.