By Miranda Raye on August 26, 2020
Advertisement 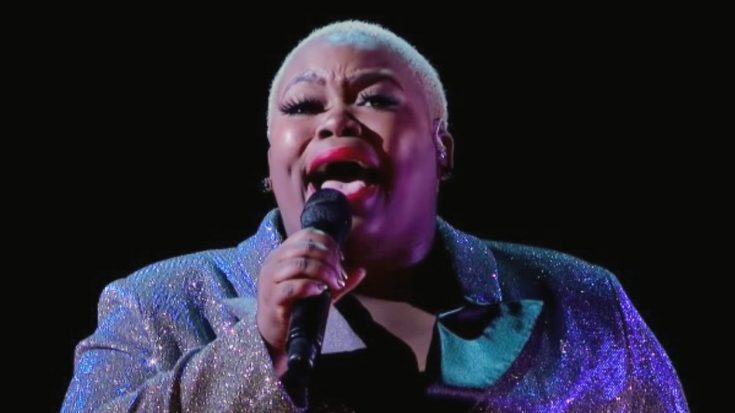 The single mother and singer impressed all four judges during her audition. Heidi Klum was so touched by Rae’s performance, she stepped forward and awarded her the Golden Buzzer.

Golden Buzzers are only awarded to the best of the best contestants who audition for AGT. Each judge only gets to press the Golden Buzzer once, so they have to be selective with who they chose to award it to.

Clearly Klum saw something in Rae, since she deemed her worthy of the only Golden Buzzer she had to give.

By receiving the Golden Buzzer, Rae got to skip forward to an advanced stage of the competition. AGT viewers got the chance to watch her sing again in the quarterfinals, when she performed Leonard Cohen‘s “Hallelujah.”

Cohen wrote “Hallelujah” entirely on his own and was the first artist to record it. His original recording was released in 1984, but was not successful.

Years later, covers by John Cale and Jeff Buckley caught on and both were immensely popular. The song was also featured in the 2001 animated film Shrek, which introduced it to a massive audience.

Today, there are over 300 known versions of “Hallelujah.” It is often performed on competition shows such as AGT, so Rae had to go above and beyond to make her rendition stand out.

She started off singing softly, her voice at a near-whisper at times. But as the song progressed, her voice grew more powerful. By the end she was hitting sky-high notes with precision and passion.

The judges were blown away by Rae, and all of them rose to their feet to give her a standing ovation. Judge Howie Mandel described her performance best, deeming it “flawless.”

Check out the clip below to watch Rae sing “Hallelujah.” Then you’ll be able to understand why Mandel gave her performance such a compliment.