Dale Jr. Discusses One Of The Last Bonding Moments With His Dad

By Manly Bryant on September 30, 2020
Advertisement 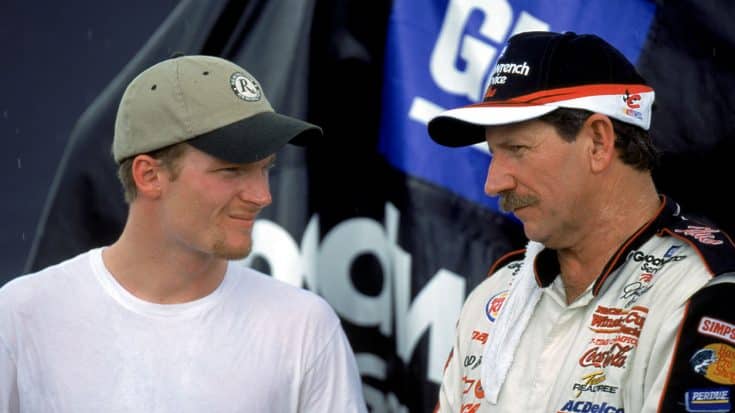 Dale Earnhardt Sr. and Dale Earnhardt Jr. had a unique relationship. The father and son shared a unique bond over the fact that they both raced and were able to compete together as teammates.

Even though the two spent a good amount of time together on the track, their feelings and love for each other weren’t always expressed. Until one day Earnhardt Jr. sat down and wrote how he felt about his father in a column for the Winston Cup Scene just a few months prior to his father’s death.

Building his motor in his daddy's garage in the mid 70s. Most every day I get by with him gone. That's life. But some days I wish he was here only so people who've never met him or gotten to know him would have the chance. He was a special dude.

Looking back, Earnhardt Jr. now calls it the most important moment with his father.

“One night, for some reason, I sat down by myself, and I wrote this sort of essay about Dad and what he meant to me. And it took me no time at all to write this, and it just poured out with so much ease. I was extremely proud of it. But anyhow, I think had that not happened — had I not had that written — that moment is the most important moment in my life with my dad, without a doubt.”

Earnhardt Jr. took the article to his father to make sure he was okay with it before it got published.

“And he takes it, and he reads it, and he stands up, and he starts walking around reading it. It’s only, you know, about a page. And he stops at the end, and he takes a minute. He says, ‘You know, we never tell each other how we feel about each other, but in reading this, I know exactly how you feel.’”

Little did either of them know that it would be one of their last special bonding moments.

“Had I never got to share that with him, man, that would be tough going the rest of my life wondering if — I don’t know if I’ll ever see him again. Everyone believes what they want to believe, and I kind of have my beliefs, and I don’t know what they are sometimes.”

Watch the video below to hear Dale Earnhardt Jr. talk about his relationship with his dad.