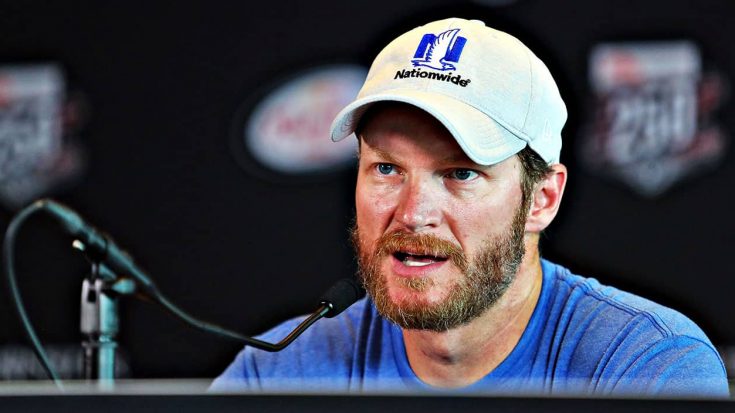 One of the largest and most-visible sponsors from Dale Jr.’s career as a NASCAR Cup Series driver has abruptly announced it is leaving the sport – right in the middle of the season. While the sponsorship is good until the end of the season, Dale’s former team will have to scramble to find a new one before the start of next season.

Nationwide Insurance has been a major Hendrick Motorsports sponsor since 2015 when they came in as Dale Jr.’s Cup Series title sponsor – but now, the company says, it’s ending the deal because it has “new priorities.”

Nationwide and Dale Jr. were partners on the famous No. 88 car that is now driven by his successor Alex Bowman – but clearly the paint scheme and all of that will have to change now that Nationwide is leaving NASCAR.

“As Nationwide’s business needs evolve, we are adjusting our marketing resources to ensure that we are aligning to those new business priorities,” the company said in a statement.

“We have not made this decision lightly, given our 20-plus year involvement in Nascar and our deep appreciation for Rick Hendrick, Alex Bowman, Hendrick Motorsports, and the millions of Nascar fans we have engaged with over the years.”

Nationwide had previously signed a two-year renewal of the deal, but apparently is choosing not to renew. According to team owner Rick Hendrick, this will not have any effect on Alex Bowman’s standing with the team and he called Bowman a “big part of [the team’s] future.”

Nationwide added: “Nationwide will continue to leverage our sponsorship for the rest of 2019 and have many special activations planned. In 2020, we will host partners at select NASCAR races and continue our relationship with Dale Earnhardt Jr.”

It looks like just the fact that they are not staying a main sponsor of the #88 car has pushed some die-hard fans to dump their insurance policies and “vote with their wallets.”

And the trend continued across social media with people saying they were canceling their policies left and right – mostly from hardcore Dale Jr. / Hendrick Motorsports fans.

What do you think about the backlash and Nationwide choosing to leave the sport? Let us know in the comments below and be sure to tell us if you’d change your insurance company like some of these other folks!