Dale Jr. Unveils Vintage Photos Of His Dad – 18 Years After His Death

By Manly Bryant on February 19, 2019
Advertisement 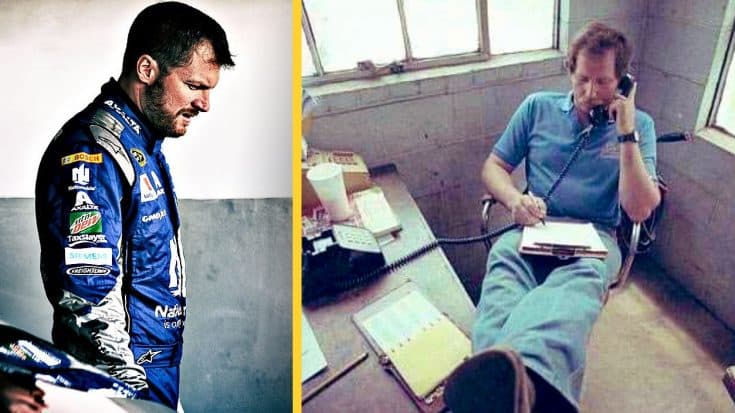 In 2001, the world of motorsports lost one of its biggest legends. It was a tragic moment that shook the entire community. And that same day, a young Dale Earnhardt Jr. lost his father.

Even almost two decades after his dad was tragically killed in an accident during the final lap of the 2001 Daytona 500, the community – and his son – spent the anniversary of Dale Earnhardt Sr.‘s passing keeping his memory alive with a slew of photos and stories. Many of which had rarely been seen before.

I’m the same age as Dad was when we lost him, makes this year harder. I haven’t accomplished 1/2 of what Dad had, then again I don’t think many people can match what he did or the people he touched. I miss him always, but love the seeing the pics and stories shared! #1ofakind pic.twitter.com/sKnlKE7IvB

Dale Jr.’s brother, Kerry, took to social media to honor his dad with a throwback photo and a heartfelt story about how great his dad was.

Following that, Dale Jr. opened up the age-old archives and shared some personal and rare photos of his dad in the years before he started Dale Earnhardt, Inc.

“This was taken in 1984. This building is next to my Grandmothers house in Kannapolis. It was originally Grandfather Ralph’s old shop. Dad used it for some years before he built DEI. I played hundreds of paper football games on that desk in this tiny office.”

This was taken in 1984. This building is next to my Grandmothers house In Kannapolis. It was originally Grandfather Ralph’s old shop. Dad used it for some years before he built DEI. I played hundreds of paper football games on that desk in this tiny office. pic.twitter.com/jIl7xYvfel

To add to this incredible amount of nostalgia – coming from his famous racing son – Dale Jr. also unleashed a series of pictures that showed his dad working on his BGN car and engine in 1984. It’s a glimpse into history that very few have witnessed, but now the whole world can look back on this talented racer and his legendary career.

Every year on this day I get to see all kinds of great comments and photos related to dad. They are always nice to see. But especially cool is finding pictures you’ve never seen before, like these. Dad, in his fathers old shop working on his BGN car in 1984. pic.twitter.com/cVMMpTzrTE

Fans and family shared some wonderful memories of Dale Earnhardt Sr. on the anniversary of his passing and it is a great reminder of how profound of an impact he had on the world of motorsports.

Watch Dale Jr. open up about his father in this interview with Joe Rogan below and share your own memories of Dale Sr. in the comments.