By Manly Bryant on September 16, 2020
Advertisement 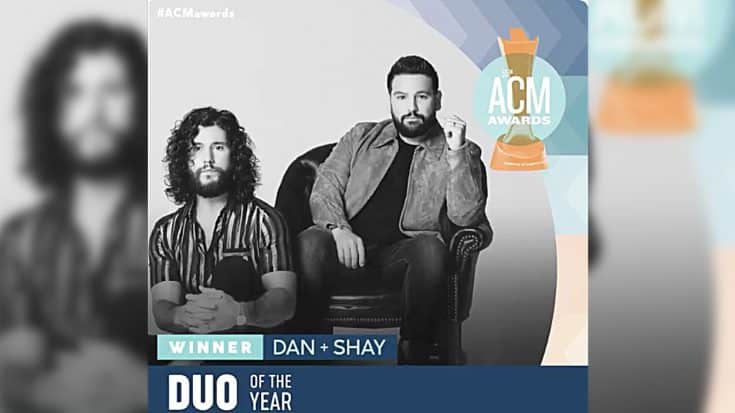 This is the first time in its 55-year history that the ACMs were held in Music City! The country music award show began in Los Angeles, California until 2003 when it made the move to Las Vegas, Nevada. From 2003 on Las Vegas was consecutively the awards show home, with the exception of the 2015 50th Anniversary of the ACMs that were held in Arlington, Texas.

The 55th ACM Awards were originally scheduled to take place in Las Vegas earlier in the year, however, the pandemic forced the show to be rescheduled to tonight and at three all-new locations!

The nominees for the 2020 ACM Awards “Duo of the Year” were:

After waiting since February, when all the nominees were first announced, the time has finally come!

Clint Black and wife, Lisa Hartman, graced the stage to present the “Duo of the Year” award and the winner is… Dan + Shay!

This is the second year in a row for Dan + Shay to win this award!

Congratulations to the 2020 Academy of Country Music Awards “Duo of the Year!” So well deserved!

Watch their interview below!