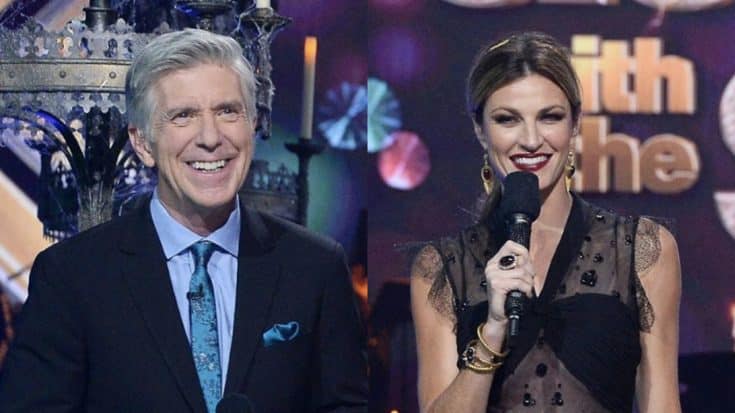 After 15 years and 28 seasons, beloved television host Tom Bergeron will no longer be a part of Dancing With the Stars. The news came Monday night (July 13) from Bergeron who announced that he had just been informed that the show would be moving forward without him as they “embark on a new creative direction.”

“It’s been an incredible 15 year run and the most unexpected gift of my career,” he wrote. “I’m grateful for that and for the lifelong friendships made.”

Just when I figured out how to work the spray tanner! ?

Bergeron hosted all 28 seasons of the reality dancing competition, earning nine Primetime Emmy Award nominations for Outstanding Host for a Reality or Competition program. He won the award once in 2012.

In addition to Bergeron’s exit, it was also announced that his co-host, Erin Andrews, was also leaving. It’s unclear if she made the decision to exit or if the network let her go.

“Tom Bergeron will forever be part of the ‘Dancing with the Stars’ family,” the studio said in a statement to Variety. “As we embark on a new creative direction, he departs the show with our sincerest thanks and gratitude for his trademark wit and charm that helped make this show a success. Erin will also not be returning, and we appreciate all that she brought to the ballroom. Fans have been rooting for her since she originally competed as a contestant back in 2010, and her signature sense of humor has become a hallmark of the show.”

No announcement about who will replace Tom Bergeron and Erin Andrews has been made at this time, and the official start date of the new season has yet to be announced.

In 2018, Bergeron and Andrews were interviewed about what goes into preparing to host Dancing With the Stars. Check out that interview below.