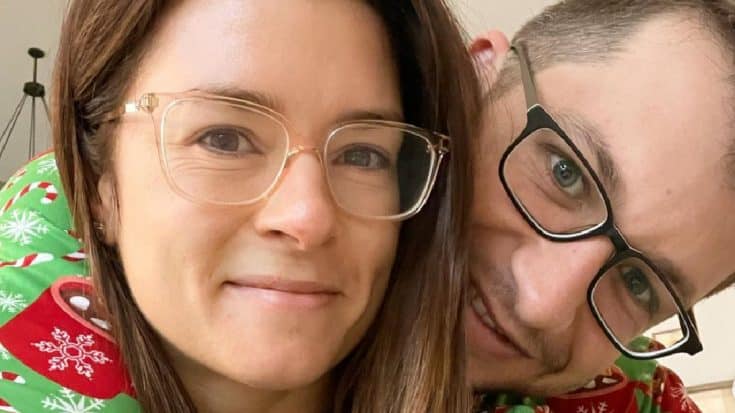 Former pro race car driver Danica Patrick and her boyfriend, Carter Comstock, celebrated Christmas together. Like most of us, their holiday included “love, sugar and laughs.” But, unlike most, the pair snuck in a post-celebration workout.

Patrick and Comstock, the founder of Freshly, went public with their relationship in April, four months after being set up by a mutual friend.

In the months since, the couple have shared candid snapshots and videos of their time together which appears to consist of a lot of working out. So, it’s no surprise that they snuck in some cardio on Christmas Day.

In a post made to social media, the 39-year-old driver shared photos of her and Comstock donning matching Christmas pajamas and posing with family on the couch. A video clip showed the couple and family members enjoying an outdoor workout.

In an interview with Extra earlier this year, Patrick opened up about her relationship with Comstock and revealed what makes him different that other men she’s dated.

“We both love to travel and we’re both super open-minded, and I had this sort of grand vision for finding someone I could just sit on the couch with and, like, have a glass of wine and just literally come up with any topic at all, simple or complicated,” she said. “I just always imagined how great it would be to find someone to sit on the couch and talk with for hours, and that’s just what we do.”

Prior to going public with Comstock, Danica told talk show host Tamron Hall what she was looking for in a relationship and made it clear that she wasn’t going to settle for anything less than a great guy.