Danica Patrick Finally Admits If Her Boyfriend Is A Better Driver 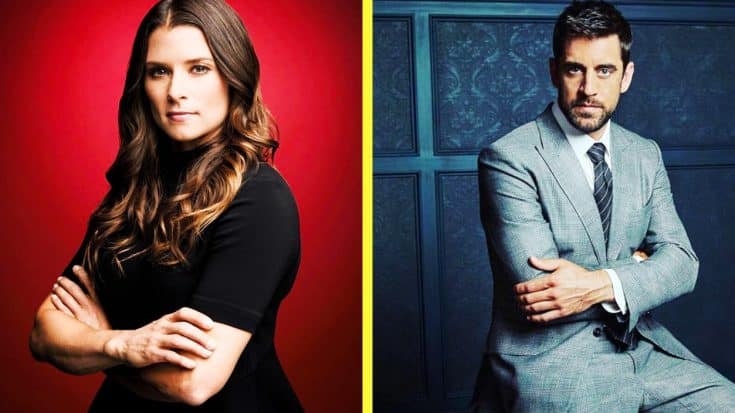 “When you and Aaron go out – who drives the car?” Jimmy Kimmel asked former NASCAR and IndyCar driver Danica Patrick during a recent visit to his show.

Just days before she’s set to take the stage as the newest host of the ESPY Awards, Danica Patrick is making the rounds on the press circuit and touching down at some familiar places for interviews – like Jimmy Kimmel Live.

On @jimmykimmellive tonight! ….if you’re a night owl. ?

After separating from her boyfriend of five years, Ricky Stenhouse Jr., in the fall of 2017 – Danica Patrick found happiness again with another sports star: Green Bay Packers’ quarterback Aaron Rodgers.

We all know that Danica made her name as a formidable force on the track. While her final season was littered with accidents and some fairly gnarly crashes, she did have an impressive track record during her seasons behind the wheel. But does that mean she’s a better driver than her football player boyfriend?

Oh how the memories fled back in with this view from my rookie orientation in 2005, lucky number 13 years ago. . . BUT, it was race 5 of the season and I was just coming off of a front row start and a 4th place at the race before Indy in 05. ……today was not as easy since it’s been 7 years since I drove Indy in an open wheel car. But I felt ok, and tomorrow is a full day of practice. ….and it ain’t even the official “month of May” yet! . #danicadouble @godaddy @ecrindy @jonferrey

Answering Jimmy Kimmel’s question about who drives when they go to dinner, Danica chose instead to dodge the answer and just issue a blanket statement: “Aaron is a really good driver, actually.”

What a week in Tahoe! So much fun in the sun with so many great people! I wish I could stay for the last day but it was nice to have this many days right before the #espys. Get it tomorrow love! ….4 solid days of prep coming up….and my tan is on point. ?

“But he can’t be as good of a driver as you?” Kimmel shot back.

“Well, no!” she said enthusiastically. And then came the big reveal – who she thinks has the most speeding tickets. For someone who admitted to getting pulled over three times in just three days’ time, it appears the odds might be stacked against her.

“I got pulled over three times…in three days. THAT was impressive,” Danica added, saying that she’s often thought about pulling out her FIA racing license during a traffic stop but never got the chance to. “I mean, he’s probably had less tickets…”

Who do you think would be the better driver? A certified racing pro or a football player? Watch her full interview below and let us know in the comments.